Weekend Movie Rollcall: The Naked Gun, I Know That Voice, The Secret of Nimh, Part of Krull

This weekend was Valentine's weekend, but it was also the tail end of a long workweek.

Our Friday night "I don't want to think too hard" selection was The Naked Gun, one of the finest movies you could possibly show a 12 year old.  And, indeed, my memory of seeing the movie the first time is that I literally laughed myself almost out of my seat just during the credit sequence. 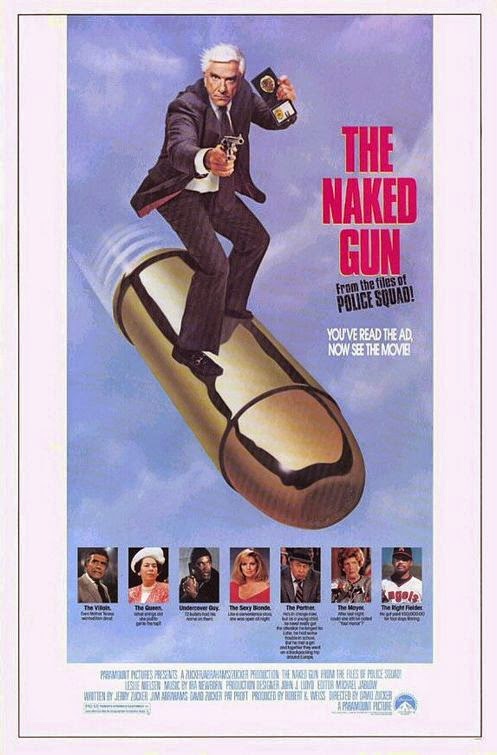 Really, it's tough to top Lt. Frank Drebin when it comes to movie heroes.  He's a fighter, a lover, a man of action.


That said, I cannot begin to imagine you have not seen this movie at least three times, so there's not much to add, other than that if you've not watched the movie in a while, you really owe it to yourself.

It is weird how many people from the movie are now dead - which is really just a sign of how old I'm getting - or that OJ Simpson plays a lovable goof (a role he has not had opportunity to reprise in some time).


After that was over, I gave I Know That Voice a whirl.  Currently streaming on Netflix, it's a sort of documentary talking to the people behind some of your favorite voices in animation and videogames.

The guy who voices Futurama's Bender and Jake from Adventure Time, John DiMaggio, acts as an executive producer on the movie and managed to get some great talent, from the woman who voiced Rocket J. Squirrel to Kevin Conroy to Mark Hammill, to you name it.

While there's nothing cutting edge or all that surprising that comes up in the movie, it is a pleasure to see people working in showbiz who have to deal with some of those issues, but who seem to truly, truly enjoy their work, and this movie let's them talk all about it.

And, yes, it's great to see the guy who does Wakko Warner do Wakko Warner, but the number of voices, and the care and technique these people put in is absolutely astounding.  Seeing the voice for Porky Pig break it down and do it and you can see that he's maybe one of five people in the English speaking world who could have EVER done it.

And, as a bonus, they got Andrea Romano, one of the greats of animation voice direction and a bit of an ass-kicker when it comes to what has just made some of my favorite TV cartoons.

For you gamers, getting to see the voice actors talk about the work and how it's different for a video game will be of particular interest.


And, then, Valentine's night, we watched one of Jamie's sentimental favorites and one of the animated movies I think still holds up as just beautifully designed, Don Bluth's Secret of NIMH. 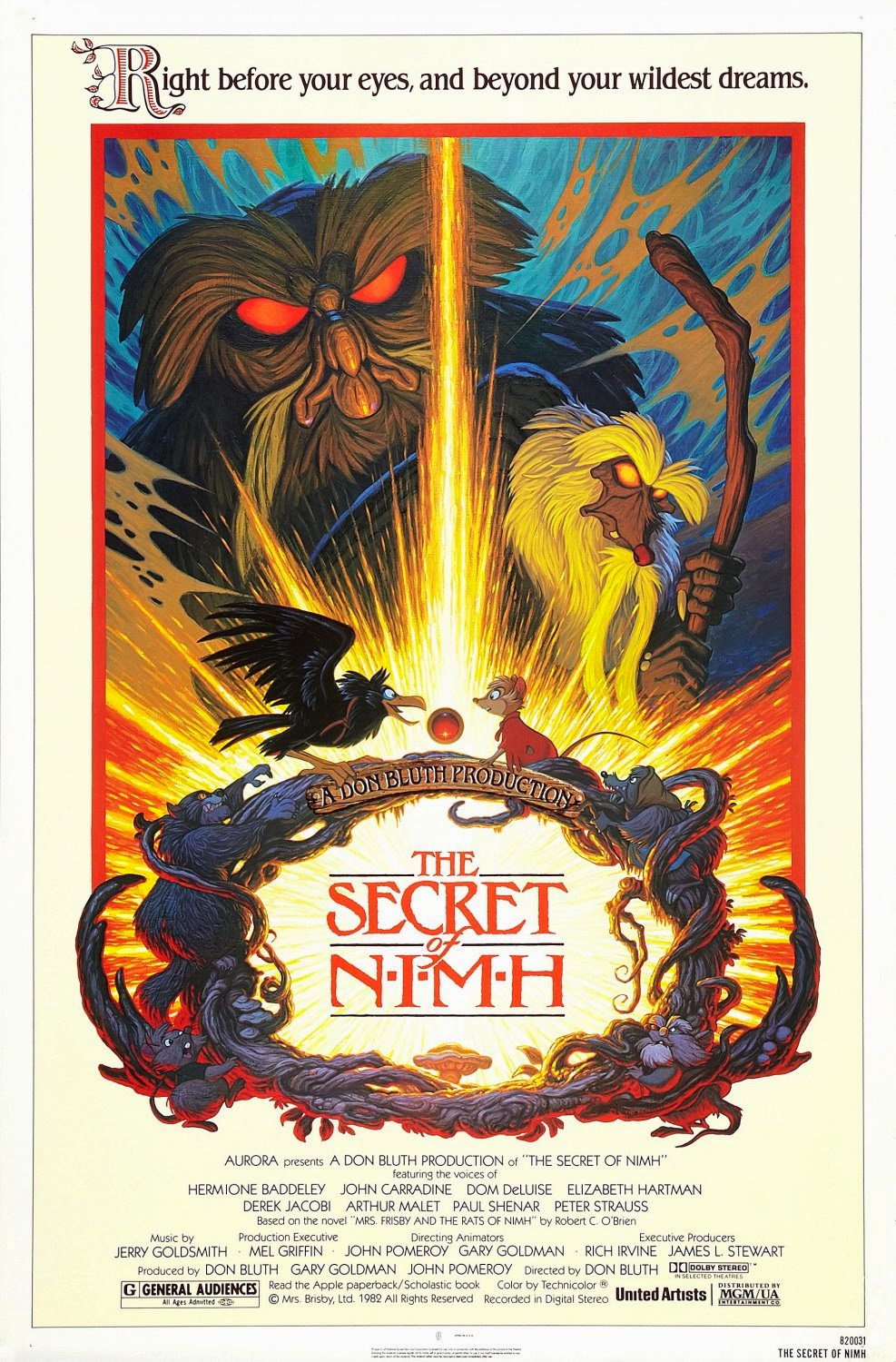 By today's standards of raising one's kids in a fluffy bubble that will keep them from the slightest psychological scar, Secret of NIMH is rough going.  The story of a recently widowed semi-literate field mouse with a son dying of pneumonia who can't move him, and so she walks into certain death to talk to an owl who will surely eat her?  Oh, and her kids who aren't sick will likely die when their house is flooded with mud and you see the smallest one choking on the aforementioned mud?

I mean, this is a grim, grim movie in a lot of ways.  But, holy cats is is it pretty to look at.  The background paintings are phenomenal, the character animation specific and dynamic in that way Bluth was doing back on Rescuers.  Sometimes you get the feeling maybe they overdid the movements and could have dialed it back, but some of it is just astoundingly spot on.  And no matter how pretty I've found a lot of Disney's 3D work, the craftsmanship of this era of animation is just incredible.  I'll always tip my hat to the work done with computers, but you can feel the love for this movie right on the screen, and even in the enthusiastic imperfections.

At some point I put on my 10 year old DVD of Krull I never watch, and...  man, that movie is weirdly boring.  I get what it's trying to do, I just don't care anymore.  I think I made it 40 minutes in before giving up.

I'll also admit I saw 50 Shades of Grey with a pal, but y'all will have to wait on that post.  We're working something up special.

The Secret of Nimh! Man, I loved that movie when I was little. We watched it over and over again.

And I cannot wait for the 50 Shades post. I haven't read or watched, so I have high expectations...

We're bringing in a special guest for the "50 Shades" post. I'll do my own coverage, but I think folks will enjoy having a second opinion.