Signal Reads: Superman - The High Flying History of the Man of Steel (audiobook)

When I was driving between Indianapolis and Metropolis, Illinois, I cooked up a plan to listen to the audiobook of the fairly recent Larry Tye book Superman: The High Flying History of the Man of Steel.  I've read a few comic and Superman histories before, and still hold of the Les Daniels book as the gold standard, with Gerald Jones' Men of Tomorrow:  Geeks, Gangsters and the Birth of the Comic Book as absolute and required reading.  But it'd been a while since I read either and there's been a lot of history since then. 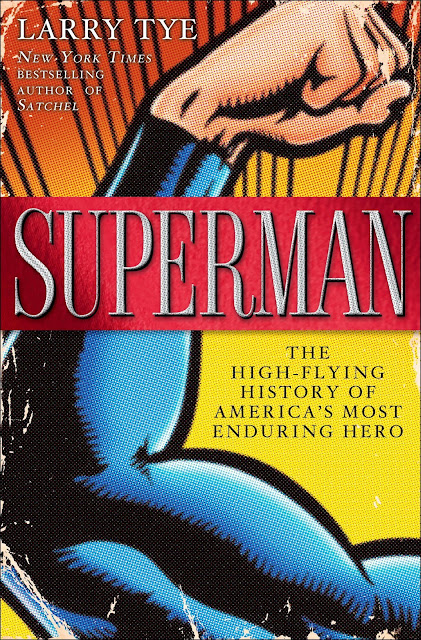 The book is very well researched and is a fairly complete and comprehensive but detached history of the character as a property, focusing on the origins and multiple iterations of the character from the influences on Jerry Siegel and Joe Shuster to the multiple forms of media the character has taken on and arguably conquered, to the ever-changing nature of Superman and the societal factors at play.


Look, I don't know how to address this, but I have spent way, way, way too much of my life reading about and researching Superman on my own time, so - there really isn't much here new for the Super-nerd.  But it would be a great starter for folks who haven't, you know, wasted their lives, I guess.  It's certainly a good deep dive for both the comic fan looking for some history as well as folks looking for a breezy non-fiction read.  Of course, there are a few mistakes here and there (look, Titano is not a Krypton-bred Super Pet, okay?).

Probably my least favorite of the Superman retrospectives I've read was the Tom DeHaven penned Our Hero: Superman on Earth that kept making a point of how basically embarrassed the author was of Superman and the basic idea of a person in tights righting wrongs and having these crazy super powers.  That was certainly the standard pose of actors and directors talking about their work on superhero movies back in the 80's and 90's - always insisting that they'd elevated the material or re-imagined it as something not totally shameful in which to participate even as millions of dollars were backed up to their houses in trucks.

Tye sort of goes the opposite route, breathlessly describing every financial windfall of the Superman franchise.  He tries to capture the gee-whiz attitude of every iteration of Superman from his massive early success in the comics, to the first animated appearances to the TV shows both in the 50's and more recent.  And, certainly, the Christopher Reeve-starring vehicles.

But there's always a lot of ellipses when it comes to the longer-running parts of the franchise.  He doesn't seem to have watched all 10 seasons of Smallville, for which I can barely blame him, but he makes a big deal out of the early appearances of Christopher Reeve on the show without mentioning Margot Kidder, Dean Cain, Helen Slater and others.  And, in fact, he seems not at all aware of the tradition of placing veteran Superman franchise actors in cameo roles in every new iteration.  And while he seems generally aware that the comics changed a lot and he does some nice interviewing for his section of The Death of Superman, he doesn't seem all that well versed in the various ages of the actual comics.

It's details like that which show - yes, this is well researched, but it never feels exhaustive as it could have been with a sentence or three with a sprinkling of these sorts of factoids.

Most surprisingly, and something I did appreciate, was that Tye remains even-keeled when it comes to the complex relationship of the Siegel-Shuster team and National Periodical which later merged into Time-Warner, a legal entanglement in which no one, honestly, comes out looking all that good.  We can discuss Siegel and Shuster's legal rights in legal terms or in moral terms, but it's hard not to see how both sides wound up with a lot of self-inflicted wounds that led to the current legal turmoil around the rights to the character.

But, you know, most of you haven't spend the last twenty years going over the comics, movies, cartoons, legal entanglements and history of Superman over and over, so I'm really recommending the book.  It's a great way to track the 20th Century via a single property and concept, legal, IP, and as an ideal.  The smaller details both incorrect and missing won't bother you unless you're in the know, and it's pretty darn well written.

The book is read by Scott Brick, who does a pretty good job of adding his own exclamation points in the right places and tone of whistfulness, maybe a little sardonic judgery here and there, and in general carries the book well, even when he can get a little oddly stentorian at times when delivering quotes.

I also have the Glen Weldon book looking at me from my coffee table, and my understanding is that Weldon gets a bit more into the wacky world of Superman in a way that Tye deals with from a distance.  Weldon actually knows his Superman as a comic geek, and I think that may be what the doctor ordered.
Posted by The League at 6/28/2015 12:56:00 PM