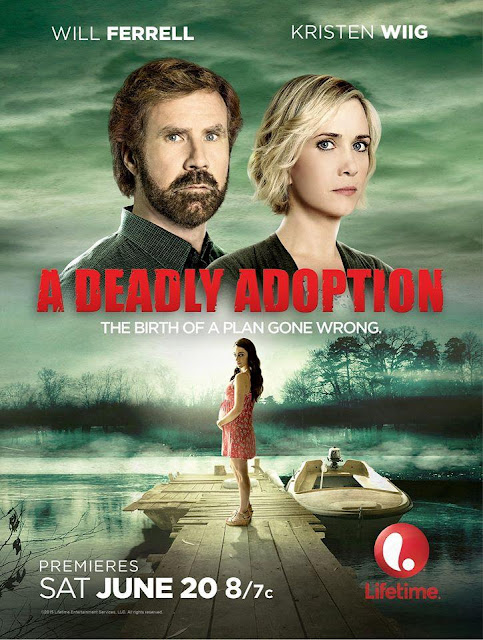 I have now seen A Deadly Adoption, and... I can only tell you, it is something you must witness for yourself.

The thing about the movie is...  it's totally a Lifetime movie.  With other actors, nobody would bat an eye.  It's some of the particulars of the algorithmic dialog of the script and the presence of Ferrell and Wiig that tip the game in any way, shape or form.   There's no mugging, no pauses for laughs, just...  you know, that's Ferrell and Wiig and completely bizarre style of high-stakes domestic melodrama that Lifetime has made their trademark.

Not too long ago, Wiig and Ferrell participated in a short series called The Spoils of Babylon that emulated the epic TV miniseries of the 1970s and 80s.   There was no mistake what was going on there, and the framing device of Ferrell as fictional author/ director/ wine-enthusiast Eric Jonrosh reminiscing about the creation of the series just took it to the next level.

If this is the next phase in the Wiig/ Ferrell evolution, I'm all for it.