Maureen O'Hara Merges With The Infinite 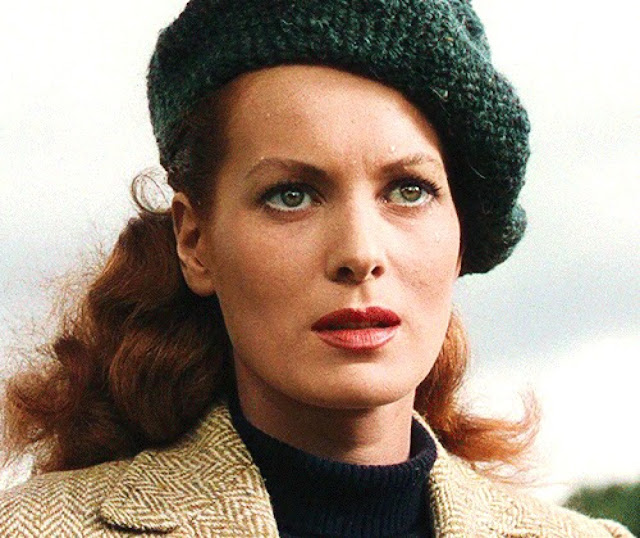 O'Hara starred in movies from the closing of Hollywood's Golden Age to the modern era, playing the leading lady in some fantastic movies across a wide range of genres.


to name a very few.


Born in Ireland, O'Hara came to the US and began appearing in movies before she was 20.  As was befitting her character's name in Against All Flags, I tend to think of O'Hara as often playing spirited, often bull-headed characters - something associated with Irish charm perhaps a bit more in the last century than the current in terms of popular culture.  She landed lots of roles that called for an independent character, often one separated from a spouse, widowed or divorced, able to stand on her own two feet.  But also characters for whom love had not been a foregone conclusion as they went about their business, from Mary Kate Danaher to the pirate of Against All Flags.

I'm not really sure how many of the big name stars of the Golden and Silver eras of Hollywood are left.  Certainly Oilvia de Havilland remains, last I checked, but I can't really say which other actresses or actors have made it to 2015.  But O'Hara performed alongside many of the biggest names in Hollywood as an equal, appearing with John Wayne, Charles Laughton, Anthony Quinn, Errol Flynn and pretty much everyone else.

The camera loved her, especially in technicolor where her bright red hair was a special effect of its own, and against sets such as The Quiet Man, brought her to the forefront of any scene.

Here's to Ms. O'Hara.  A great actress who helped pave the way for other actors and who brought great parts to life, always a highlight of whatever film in which she appeared.  Us here at The Signal Watch will remember her fondly.
Posted by The League at 10/24/2015 01:11:00 PM