A Signal Watch Fourth of July


And now, Lou Reed goes full on patriotic...  You may listen as you read.


I love the Fourth of July.  It's becoming one of my favorite holidays.  No pressure to do anything in particular, hotdogs and hamburgers are cheaper than a full Christmas dinner, no presents exchanged, but you still get to hang out with people.  And I like fireworks quite a bit.

Really, what's not to like?  Yeah, it's hot out, but that's what the pool is for.

A lot of folks equate the Fourth with militarization and jingoism, and want to forget the whole thing.  Well, it's certainly co-opted by that idea.  I asked facebook to name some "patriotic movies", and I got back a whole list of military movies.  And, curiously, a couple that had nothing to do with the U.S., but I didn't specify which country we were being patriotic about, so...  that's on me.

But I like to think of The Fourth less as a celebration of our military success and might, and more about the founding of a country with a new set of ideals, by the people and for the people.  Or, at least, the successful execution of a democracy that they never managed to quite make work in Greece and Rome.

Sure, the separation of the colonies from England and declaration that we were now a sovereign nation meant we were going to have a Revolutionary War.  And I'm not one to dismiss the subsequent defense of our country many times over, but on The Fourth I like to focus on the brave gentlemen of high ideals and purpose who first declared us independent from a royalty and sought a government based not on tradition but on the noble idea that people could govern themselves.  And, let's not forget, if it hadn't gone well, that they'd surely have hung together.

Think about what an idea that must have been in a time of kings and queens, a period which didn't really end in Europe until World War I drew to a close.  That's how new and daring this idea was.

We may not always do this self-governing thing well, but I'll take a semi-functioning democracy over lords and kings killing each other for station and drumming up wars for their personal glory (that folks like you and me get to die in.  Often badly).  My recent bouts of walking through England and Ireland is a pretty thorough reminder of how well we've had it and all we've gained by the principles we've lived by, outlined in our Declaration of Independence and Constitution.

The U.S.'s history is short, but at least we started off on the right foot. 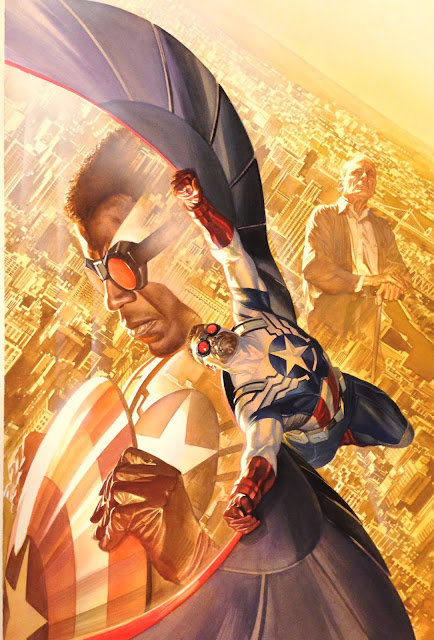 Democracy and opportunity go hand in hand, and while all of that can be compromised - and vigilance is the watchword to keep us from backsliding - at our core we're a nation built on the promise of equality and freedom.  The long tail of humanity's history will tell you that those things are incredibly hard to come by and absolutely need to be protected.  But, you know, that's the thing about America and why I've never been one of those folks sees parts of the system are corrupt and therefore we needs to toss the whole works in the bin.  We work to make it better, over and over, all the time.

Not only are we slowly but surely working towards equality and freedom for our own people within our borders (and our moral disgust raises whenever we feel those rights have been impugned not just for us but our fellow citizens and others abroad), it's been a path forward for much of the rest of the planet as well.  And that's nothing to sneeze at. 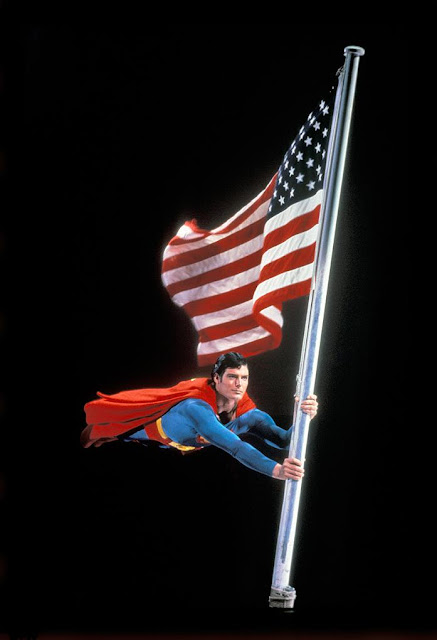 Times are tough, we say, but they always are.  It's hard to feel patriotic during an election year - especially one as contentious as this when it feels like we can't talk to our neighbors without the potential for confrontation.  But we're stronger than one election and one presidency, no matter how you'll feel about the outcome.  I believe that at the end of the day, we may have our differences about how we want to get there, but most of us want the same sorts of things for ourselves and our neighbors.  Peace, prosperity, freedom.

All around the world, a lot of people fight very hard for the chance at the same thing.  A lot of folks risk quite a bit to reach countries like the U.S. where these ideals are part of our fabric.

Every year I hang a flag out front, and while I celebrate the folks who serve, it's not just to celebrate our servicemen and women.  That flag is out there to remember what some scrappy farmers on the wrong side of the Atlantic and the right side of ideology got up to, and the ripple effects that we can feel to this day.

Like a lot of people, my grandparents aren't from the U.S. (specifically on my mother's side - dad's side is a mix of East Coast mutt-making we can't trace back much further than some folks arriving through the early 20th Century).  Then and now, people come here for opportunity and to see a better tomorrow.

Here at The Signal Watch, that's what we believe in, and we hope you do, too.

Here's to the a pretty good idea of a country.  Here's to 240 years of trying hard and not sitting on our laurels, with a chance for everyone to make the most of it.  Here's to us giving each other the same opportunities we've been handed and not denying that right to anyone.

Here's to the Army and Navy and the battles they have won; here's to America's colors, the colors that never run.

May the wings of liberty never lose a feather.

Here's to the red, white and blue, people.

And Ann Miller with a giant firecracker.