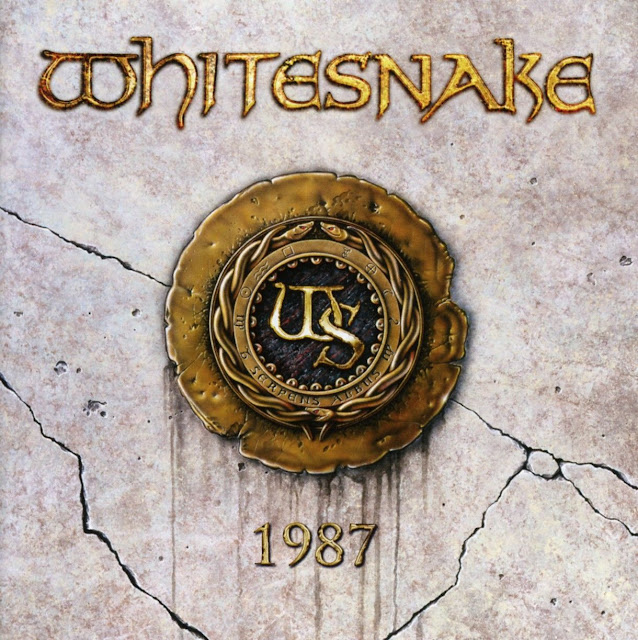 Original Leaguer JimD challenged me to post something related to the 30th Anniversary of something to do with the band White Snake.  I don't know what it was.  I suppose probably the arrival of their big album, the name of which I cannot recall (I looked it up.  It's "Whitesnake".  Those clever bastards.).

But I owned the tape.

What the kids who think they know about the 1980's misunderstand is that in 1987, the music scene was not all Depeche Mode and LL Cool J.  It was lots and lots and lots of "hair bands", Phil Collins, Whitney Houston and Gloria Estefan.  But, wow, were there a lot of hair bands.  Like, all @#$%ing day long on the MTV, it was a bunch of guys with terrible, teased hair.

I was never much one for Motley Crue or whatever, and I really wasn't into:  White Lion, Great White, or even White Snake.

But in that Year of Our Lord, 1987, what White Snake had that nobody else had: Tawny Kitaen 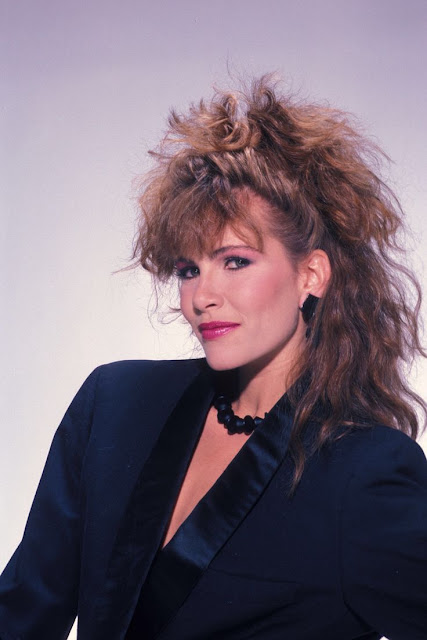 In the way that all pop music inexplicably rises out of nowhere, White Snake was suddenly on MTV in 1987 in something like hourly rotation, releasing three videos starring actress/ model/ car-hood-enthusiast Kitaen.

Is This Love?, Still of the Night, and Here I Go Again.

Whether you wanted or want to know these songs even now, you hear them.  Someone likes this band a lot.  At best, I say in my head "that's Whitesnake", and follow that with "yup, pretty clever name, fellas."  But, hey, at least I remember their songs, which is more than I can say for their contemporaries of lesser renown.

If the early 1990's saw the sudden and unwarranted explosion of "Alternative Rock" as "College Rock"/ "Indie Rock"/ what-have-you rock was co-opted in the wake of Nirvana's sudden breakout success with Nevermind, I'd argue that for most of the prior decade or so, we'd been fed a fairly steady diet of bands on some sort of continuum from Europe to Night Ranger to Journey to the harder stuff like Guns N' Roses, all of whom played with the fashion trappings of actual metal bands while delivering none of the phenomenal artistry and high and low-range bellowing one could find therein (which have their own continuum that somehow ends in Sweden with sounds straight from the Hellsmouth).

A lot could be said about hair metal and how Guns N' Roses basically did this as well as anyone was going to, and it might have killed the genre, leaving Toys In the Attic and their ilk displaced and creating room for dumb shit like Korn.  Because kids who want to rock but not try too hard need bands, too.  I like Guns N' Roses (I mean, it's been 25 year since I put in my copy of Use Your Illusion I and II, but I owned it at one point), but I think that they sort of did it well enough that the LA Sunset Strip scene just looked pretty weak in comparison afterwards and people moved on.  Anyway.

I really don't know how much attention I paid to White Snake/ Whitesnake/ Whatever when they first showed up.  But I do remember hearing "oh, that guy from White Snake is married to that girl."  And, of course, she had the ridiculous name of Tawny Kitaen.

But it's not like all videos didn't have girls dancing around, but we all agreed Kitaen was pretty awesome.  She just is, so stop arguing.  It's not like super-groupies weren't a thing back then, and sometimes this stuff happened.  None of it was as odd a pairing as Billy Joel and Christie Brinkley, but models dated rock dudes, and it all culminated in Pam Anderson and Tommy Lee and a videotape nobody needed to see.  If I paid any attention to music, I could probably tell you if this stuff still happens, but this is not what I do.  I have no idea what the pop stars are doing these days.

Anyway, Whitesnake was boring and probably fine but definitely not my thing, and all told, you were better off with Night Ranger or Europe.  But Christmas 1987, my cousin, who has a birthday on Christmas Eve, and who to-this-day resents the fact that the free world spends her birthday pre-occupied with not-her-birthday, and therefore has never acquired the knack of Christmas shopping,* gave me a tape of Whitesnake's eponymous album for Christmas.

The tape featured nothing to do with Tawny Kitaen, and as a 12 year-old who cared very much about such things, I think I listened to it once or twice all the way through to see if I'd misjudged.  I don't think so, but I was 12 and likely pre-occupied with the John Mellencamp album "The Lonesome Jubilee", which I also received that Christmas during the wave of holidays in which my brother gave me John Mellencamp albums on the regular.  And I knew from exploitative interior album art thanks to a K-Mart purchased copy of Bon Jovi's Slippery When Wet.

I would have also been very into Phil Collins and Genesis at the time.  I was not yet 14 and into The Who and The Ramones.

The tape lived among my other tapes until I finished high school, because I didn't throw tapes away then.  And every time I looked at it, I wondered how one extricated oneself from ownership of such an article.

It seems Kitaen is back in "the news" - and by that we mean British gossip rags - talking about wanting to get rid of her breast implants, a topic about which I have no opinion or thoughts.  I hope she's living her best life.

But, really, she's had a successful acting career, even if the last thing I have a strong memory of her appearing in was the 1991 reboot of WKRP in Cincinnati where she took the place of Loni Anderson's character Jennifer Marlowe but the show featured no Bailey Quarters and was therefore of limited interest.

I don't know what happened to Whitesnake.  I assume they're fine.


*In 2013 I finally convinced her we didn't need to exchange presents anymore, but she still gets a birthday present, because I'm not a monster