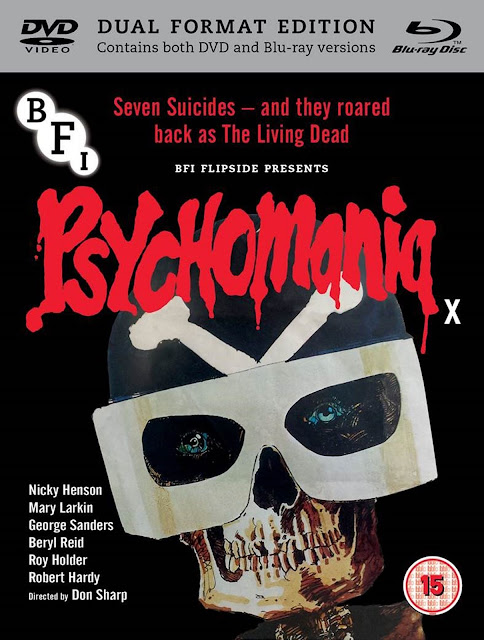 SimonUK brings Ryan a spooooky film of his youth. The Easy Rider scene reaches the British suburbs as a crew of hooligans cause mischief, dabble in the occult and plan for world domination by generally making a nuisance of themselves. Frogs, the undead, shallow graves, lousy hippie music, motorbikes and locked rooms converge in a film that dares to ask: are you really going to watch all of this?