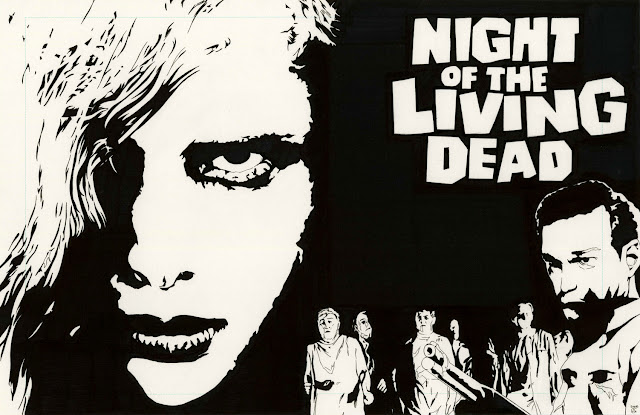 Night of the Living Dead (1968) is a movie everyone should have in their collection and/ or have access to.  It's got all sorts of copyright failures that mean everyone owns it and no one owns it.

This year is the 50th Anniversary, plus it's Halloween-time, so let's watch the movie that launched a 1000 imitators and a whole culture around re-killing dead people.

I was going to try to do a videoconferencing thing, but I've realized that everyone's TV's playing the movie out of synch is just going to be a nightmare, so until we sort out how to watch the movie together, we're still LIVE TWEETING.

Well, I'll be drinking, you can count on that.  But I'm not making any recommendations.  Both the Corpse Reviver and Zombie cocktails are delicious and require too many ingredients I don't have.  So, people, just do what you know.