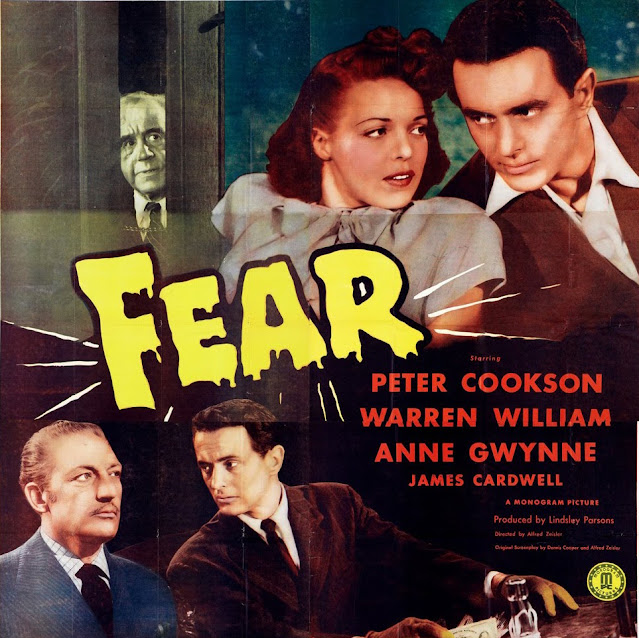 Watched:  11/28/2020
Format:  Noir Alley on TCM on DVR
Viewing:  First
Decade:  1940's
Director:  Alfred Zeisler
An adaptation of Dostoevsky's Crime and Punishment, which I have never read (and I suspect few of you have, either) - and boiled down to a tight 65 minute crime thriller, Fear (1946) is a low-budget predecessor to a movie plot you've seen a dozen times over.
Basically - upstanding guy commits crime, no one suspects him, and then a cop starts trailing him.  Meanwhile he meets a comely young lass.
It's not actually that baaaaad.  It's just totally hamstrung by the cardboard sets and that they obviously had about 3 set-ups per scene per set.  If that.  Honestly, the acting is fine.  And the movie is short enough that you're in and out before you even get a chance to start pondering the movie's issues too much.
Anyway - not exactly something I'd recommend.  It feels more like a jot of an idea than an actual film.  But I've seen way worse, and the set-up kept me curious how they'd shake it out.
Posted by The League at 11/29/2020 12:07:00 AM