David Prowse Merges With The Infinite 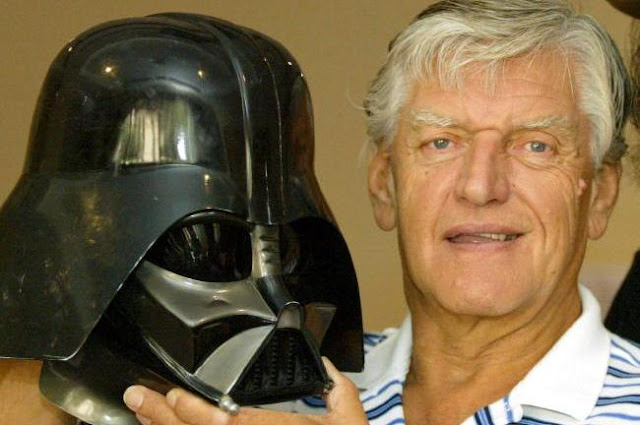 Actor and bodybuilder David Prowse has passed at the age of 85.

Prowse is most famous for his role as Darth Vader in the original Star Wars trilogy, providing the frame upon which the intimidating Vader outfit was built.  And, of course, performing physical actions - that's him trying to get Luke to join him on Bespin.

We also know Prowse from a few other appearances, including Vampire Circus and A Clockwork Orange.

Like Mayhew, Daniels and Baker - Prowse was still able to receive recognition for his work despite never having his face revealed.  He embraced his role as Vader during filming as well as the decades since.

I am very sorry he has passed - he provided some of my earliest and fondest memories of modern mythologies.