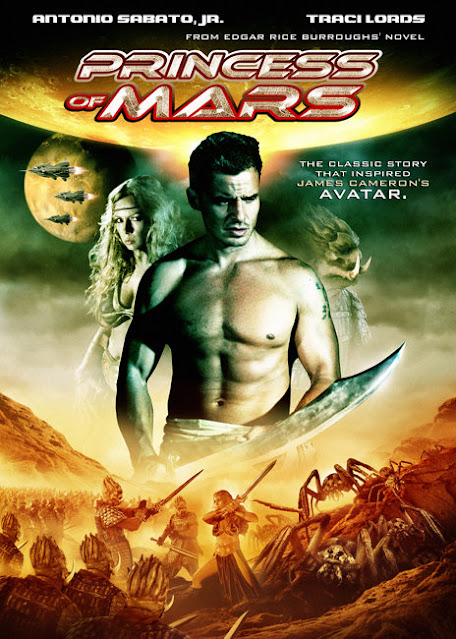 I love the novel A Princess of Mars, by Tarzan author Edgar Rice Burroughs.   It's some bat-shit sci-fi-fantasy that's wildly imaginative, weird, violent and romantic in the way that would have deeply satisfied me at age 13.

A while back (2012), Disney had its famous catastrophe with John Carter, a several hundred million dollar adaptation of the book(s).  But that book is out of copyright, and three years before that bomb hit the screen, our friends at The Asylum, grabbed Antonio Sabato Jr. and someone we don't talk about nearly enough, Traci Lords, and they went out to the Vasquez Rocks and made a movie.

I've only seen about thirty minutes of this back in 2009, but it always stuck with me.  And not just because it features Traci Lords.  I felt like, hey - this is them kinda trying.  It's still The Asylum, so, you know, it's got it's quirks.