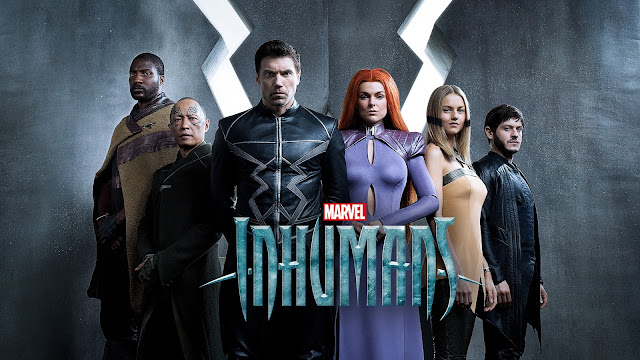 Watched:  August 2022
Format:  Disney+
Viewing: First
Decade:  2010's
For more ways to listen
For some reason, Danny and Ryan are talking Marvel's biggest failure - the 2017 attempt at a network TV adaptation of one of Marvel's highest concepts. The show dares to ask the question "sure, that's a neat idea, but what if we eliminated everything interesting about it?" We discuss the first two episodes (of eight) of the ill-fated show, and ponder what, exactly, was going on at Marvel and ABC?
SoundCloud
The Signal Watch PodCast · 208 A: "Inhumans" (2017) - Episode 1 - A Superheroes Every Day PodCast w/ Danny and Ryan
YouTube
Music:
Paint It Black - Valerie Broussard
Don't Fear the Reaper - Denmark & Winters
Superheroes Every Day
The Signal Watch PodCast · Superheroes Every Day
Posted by The League at 8/29/2022 11:02:00 PM