Comics Legend and Great Gene Colan Merges with the Infinite

Artist Gene Colan did so much exceptional work over so many years, its hard to believe it was one guy.  He was also always much beloved within the industry.

I won't spend too much time eulogizing, but I will point you to this post pulling together thoughts from those working in comics, and this one from the AV Club which discusses Gene's career.

When I think of Gene, I think Marvel, which is funny because I know he did stuff all over the place.  But he's in there with Buscema, Romita, etc..  one of the people who created modern comics. 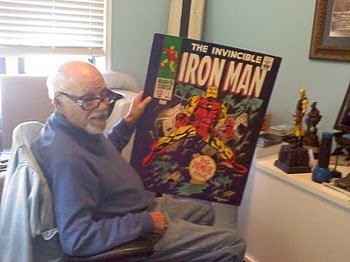 I kinda knew this was coming as Gene hasn't been in good health for awhile. If you want to hear some absolutely amazing interviews with Gene Colan try:

Mr. Colan was a class act all the way and I became more of a fan of his after hearing him on these podcasts. He was really appreciative of the attention and loved his fans.