Birthday Gift: Taking It Back to the Beginning 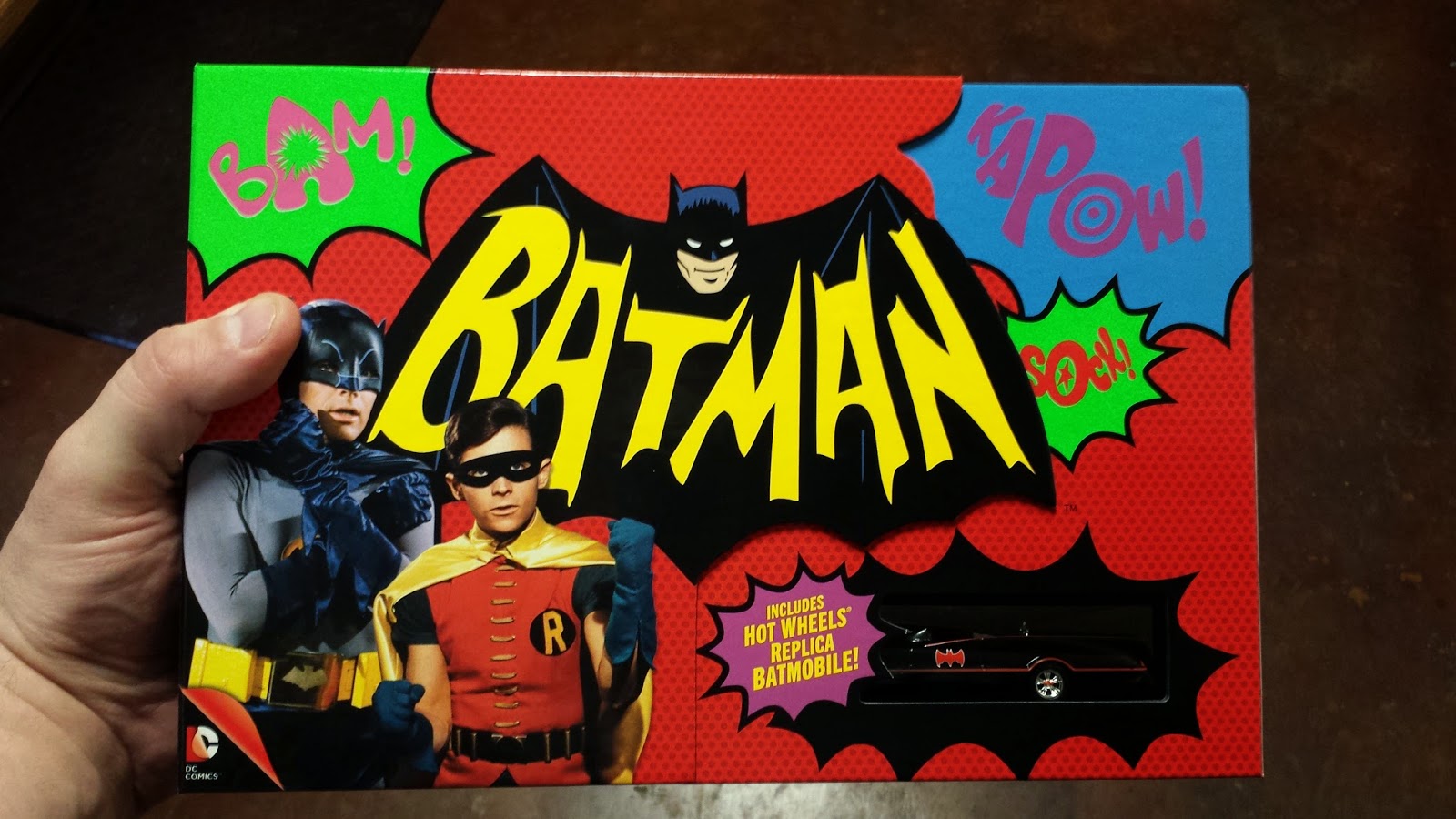 It's a pretty fantastic set with all the episodes cleaned up for BluRay and HD TV.  There's also an "Adam West scrapbook", episode guide replica set of Batman cars and a Hotwheels Batmobile.  All in all, pretty nice!

The picture and sound quality is top notch, so after all these years of not being able to get ahold of this show, it seems worth the wait. 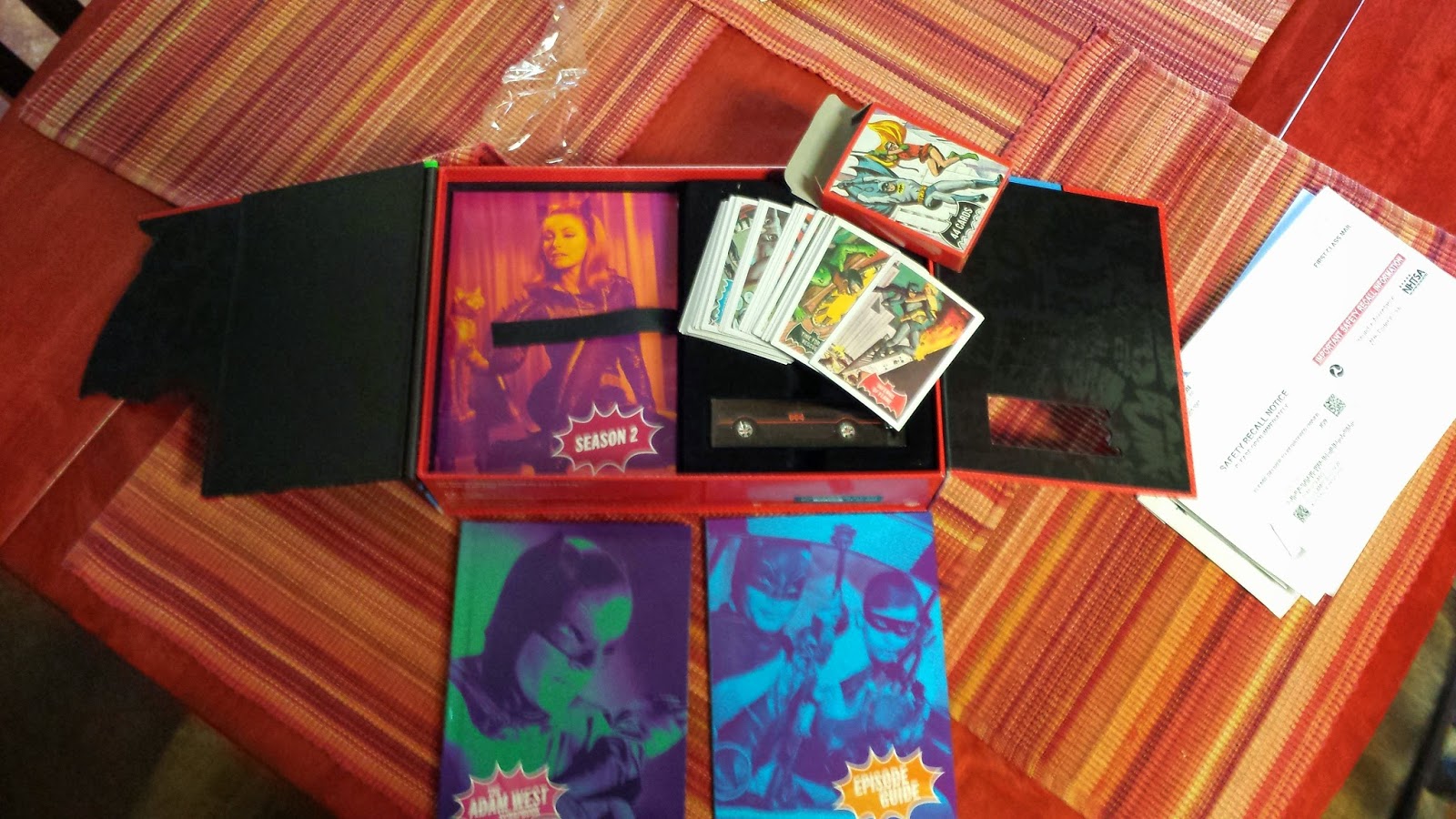 The family lore is that, when I was a tiny kid my mom couldn't get me to hold still or be quiet when she was trying to make dinner for my dad and brother, until she realized I'd totally hold still and shut up if Batman and Robin were on the screen.  So, every weekday when the show was running in syndication (this would have been about '76), I was placed in front of the TV and would happily watch while she made Mac n' Cheese or whatever.  The legend goes on to swear my first words were "Matman", which I'm sure made my parents feel really appreciated.

My memory was of just being a huge Batman nut.  There are photos somewhere of me with a pacifier and cape.  Like a lot of kids, when the Tim Burton Batman movie came out and the press discussed the Adam West show, it was my first time finding out the show was a comedy.  On the strength of the Burton movie, Batman '66 came back in syndication, and has been aired off and on again since, but legal wranglings between Warner Bros. and 20th Century Fox prevented home video release.

All of that seems to have resolved itself and now I can enjoy the show once again.  And, hey, I look forward to sharing the show with my impending nephew when the time comes.  I hope he takes it as seriously as I did, because, dang it, this is a version of Batman worth loving, too.  And not just because of Julie Newmar.
Posted by The League at 4/12/2015 02:50:00 PM