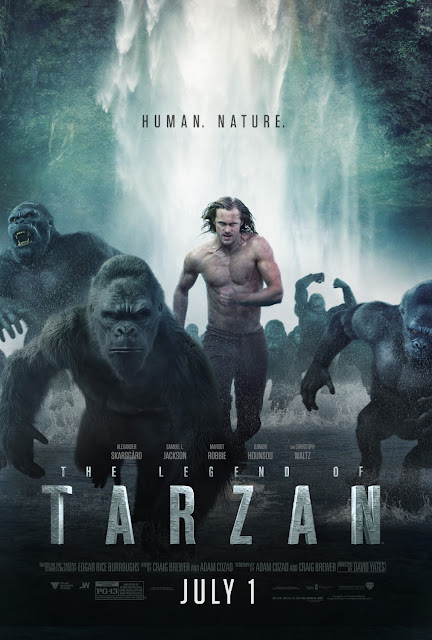 No real write-up.  We re-watched The Legend of Tarzan (2016), which I wrote up this summer.

It's too bad this film didn't perform better and get more attention, because I quite like where they were going with Tarzan here.  It's a leap from the books and various other incarnations, but it was a version I would have gotten me back to the theater for a sequel, and it was at least as fun as Doctor Strange, while also having something of a point to it (which I'm not sure you can say about Marvel's latest entry).

It's also weird to think a movie can make $356 million and be seen as a "meh" performance, but that's today's Hollywood.  If a movie isn't part of a system like the Marvel franchise where they can build and build on even a middling performer (see Ant-Man or even the first Captain America movie), it's really tough to get a second go or, weirdly, even to get any attention.  I mean, it's kind of funny we'll take Doctor Strange seriously (it's at $350 million after a week!  Go, Doc Strange!), but without the Marvel label, we'll shrug off Tarzan.

In short: that Marvel brand is a powerful thing.  Being seen as old or legacy is not.

It's not a perfect movie or even a great movie, but it's certainly okay.  I wish it did some things it didn't, but it did lots of things that surprised me, and gave me the first Jane Porter outside of the books or comics I've really liked.