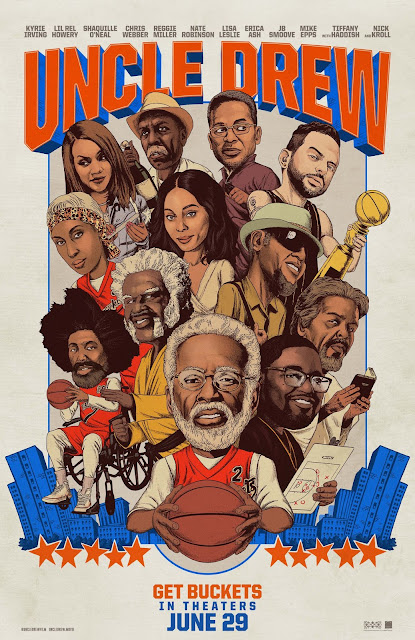 
Lately I've been a bit down about going to the movie theater and had been feeling a bit nostalgic for the 1990's and early 00's when going to the movies was not a big deal.  I used to go to the movies, like, twice a week.  It was fairly cheap - especially when JAL was managing a theater and put me on the mysterious "list", where I could get in for free on weekday nights.

A Diet Coke and a box of Hot Tamales later, and I was watching whatever came out.  Honestly, most of the time my expectations weren't that high.  It didn't take much to get me out to see, say, Down Periscope or Sgt. Bilko.  I knew what I was getting into, and it didn't need to be an "experience" or part of anything - it was 90 minutes and some trailers.  You might be surprised and enjoy something more than you figured.  Heck, I came back from seeing Babe and was trying to tell everyone "that talking pig movie was AMAZING", and no one listened to me until it was nominated for Academy Awards.

But in the 1980's and off and on since, I was a fan of NBA basketball.  In fact, when I played sports, I played Post in middle school and 9th grade before moving to a new school in 10th grade where they were terrible players and weirdly arrogant, and I quit the team after two or three games of riding the pine to pursue less embarrassing pursuits like dressing as a Pilgrim and playing Reverend Hale in a high school production of The Crucible.

But I loved the Detroit Pistons, the LA Lakers, the Chicago Bulls, the Houston Rockets and eventually the San Antonio Spurs (and even later, the Phoenix Suns).

So it was that I decided I still had enough basketball knowledge and the trailer was passable enough that I'd go see something a bit outside my wheelhouse and take in Uncle Drew (2018).

Uncle Drew is not a great movie.  I think if you're still a hardcore NBA fan, it might be more fun.  But for the most part, the five or six best jokes of the movie are in the trailer.  The plot is weirdly over-complicated with a bunch of stuff the anchor character of "Dax" - a Foot Locker employee who loves basketball but doesn't play? - is supposed to unpack, but kinda doesn't?  He's an orphan.  He has no money.  He lost his confidence in 8th grade when he got stuffed taking a last second shot that would have saved the game.*

As Dax loses he team to Nick Kroll (a guy who is trying not to dominate the movie and seems incredibly generous in this film despite his focus-stealing bad-guy character) he loses his "sure plan" of making $100K by winning The Rucker street-ball championship.

Like I said - it's weirdly overcomplicated.  And the math doesn't even add up.  He keeps talking about all the money he'll win, but one assumes the five players want a cut, and there's a stated $5000 outlay to enter.  I mean... at best he's walking away with $30 - $40K, which is nothing to sneeze at, and I wouldn't NOT take that money, but it's also barely paying rent in NYC.

The big gag, I guess, of the movie is old age make-up on basketball stars (most of whom, I figured out, I didn't really remember that well or ever know).  But it also has JB Smoove and a weirdly retiring Mike Epps who turn Dax onto looking for Uncle Drew - claiming a septuagenarian is gonna win it all for him.  Sure!  That's the gag and set up!

But the movie has a weirdly maudlin tone as the characters - who split because of some unspoken, woman-related sin of the past, have to make amends.

There's a sort of "Let's Put on a SHOW!" vibe to the whole movie, and that's probably the best way to think about it.  Shaquille O'Neal may have been in a fair number of movies, but no one is ready to accuse him of being a threat to Meryl Streep.  What is surprising is that Kyrie Irving (Uncle Drew) is kinda okay.  He's not mind-blowingly hilarious, but he does okay, I guess.

I don't want to undersell Lisa Leslie, who was a superstar of the WNBA in the early days, and who is actually really funny and gets her due on the court.

But between JB Smoove, Nick Kroll and Tiffany Haddish (who I'd read bad things about, but I think that reviewer fundamentally didn't get that her character was an antagonist in a comedy broader than the Pacific Ocean) - it's also got some talent to help it along.  Still, no one seems to be working all that hard or worrying too much about this work making their highlight reel.

Oddly, I'm not sure how *good* the focal character of Dax was actually written or played by Lil Rey Howery.  And his would-be love interest, Erica Ash, isn't given much to do but be nice, kinda available and attractive.

I dunno.  I was sort of expecting a zany comedy with comedy bits coming hard and fast, but instead it gets weighed down by plot and an iffy message about family that doesn't make a lot of sense in the context of the movie.  (It's kinda hard to imagine this "newfound family" of guys who haven't talked in decades is likely to hold together when they all live in different states.)

But it does move along, I never looked at my watch, and I've seen worse (a pre-show trailer for Space Jam reminded me of worse).  It just seems weird that the movie didn't seem to always get it's own gags (just commit to slam dunking the baby in the Baptismal tub, don't talk about it) or fill it wall to wall with cameos.

Anyway - I don' t know what I was expecting, but... more funny, less heart-warming, I guess.

But it was kinda fun going to see a movie that was low-stakes, non-event stuff and just enjoy it for what it was.


*look - I didn't play sports all that much, but the general consensus even in middle school is that if you lose because you missed that last second shot - the entire team lost the game because you didn't play hard enough defense and weren't far enough ahead with a comfortable lead.  That's just math.
Posted by The League at 7/04/2018 11:33:00 PM