Out West for 11 Days

On Sunday the 7th I jumped an aeroplane and headed to Salt Lake City for a conference and meetings at the University of Utah Libraries. 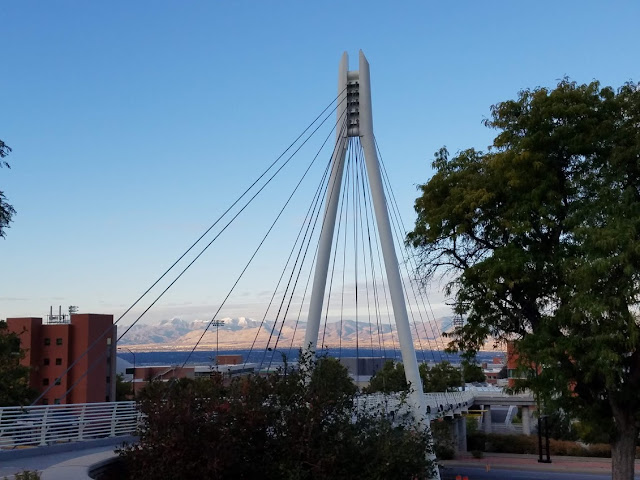 If you've not been to SLC, it's kind of an amazing town. It's new, of course, and Mormons like to make sure things are nice for folks, so the whole place is well laid-out, clean as a whistle, full of friendly people and has things like public trains and buses and bike lanes.  I mean, it's all that Blue Velvet "if there's bad stuff here, you know it's super @#$%ing not-mundane bad"-bad, but aside from low-percentage booze beer, I found few quibbles with the city.


Below is the University of Utah Library - a lovely building with some Marriott hotels money behind it ensuring it's a great facility. 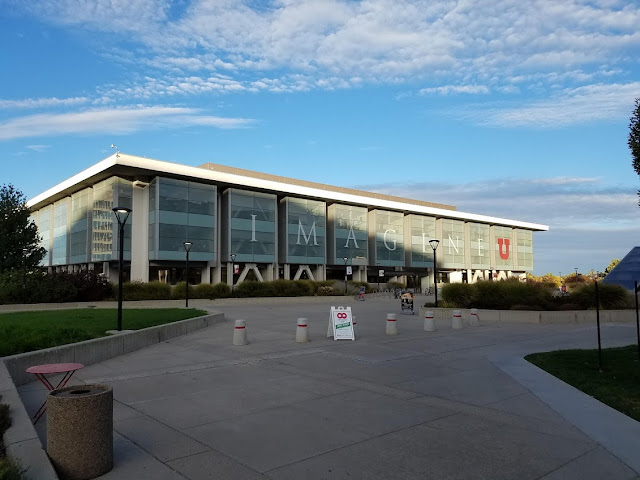 So, for clean living and beautiful views, send your kids to Utah, I guess. 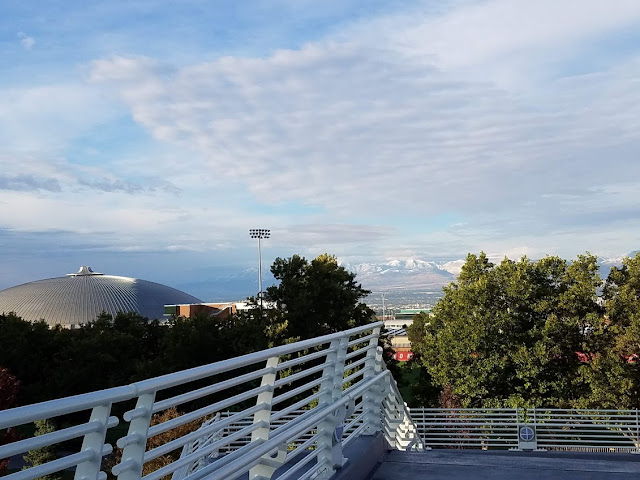 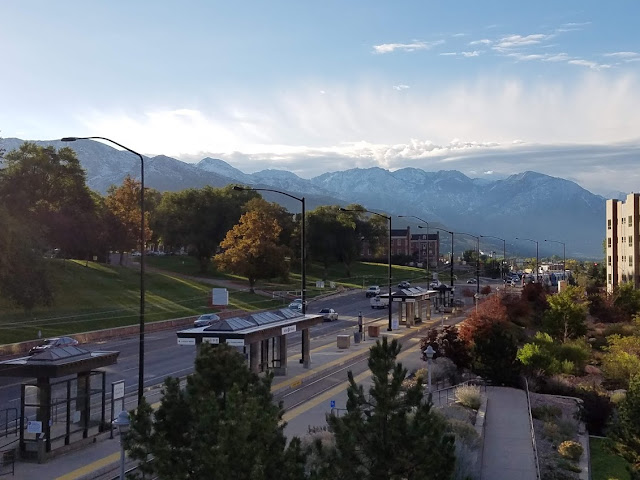 I was a big fan of this pedestrian and bike bridge.  A nice bit of architecture that fits in well with the surroundings. 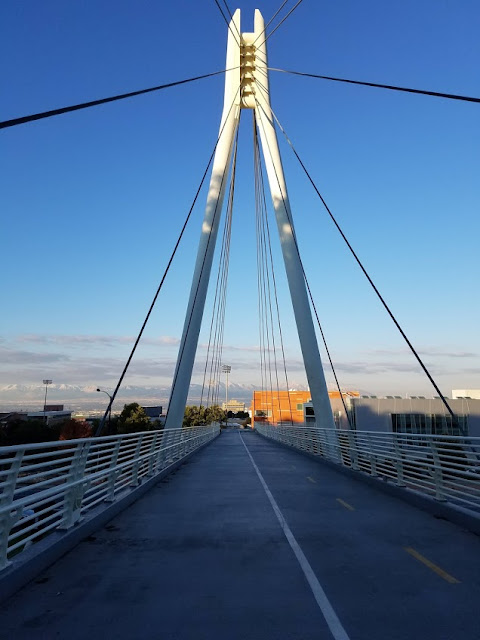 Unfortunately - your blogger got the @#$%ing shingles the day he showed up, so we were in a bit of a funk for most of the conference.  But we did obtain some medicine from a legit doctor, and are doing 97% better.

We were also headed to Las Vegas for a second conference on my second Sunday in SLC, so on Saturday, colleague Jon and I rented a car from Enterprise. 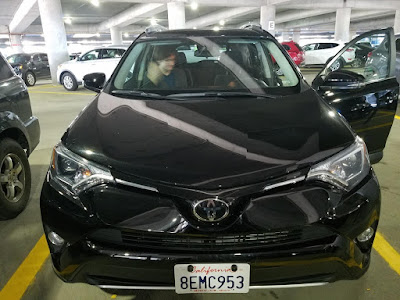 We didn't see all that much.  We were both wiped from the conference.  We did go to a children's museum by mistake.  But they had one of the original working jetpacks. 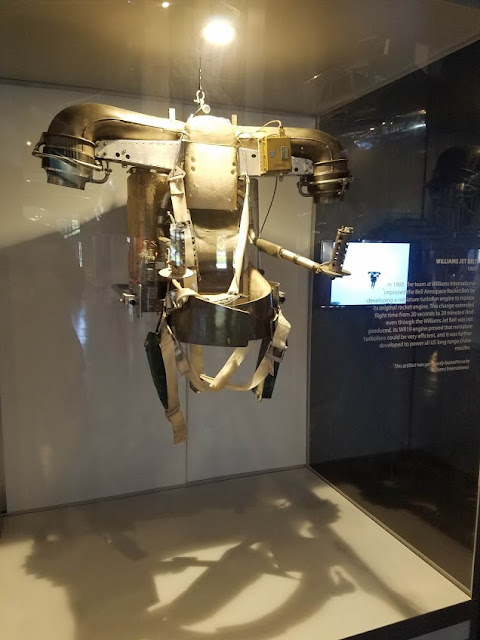 And a MiG.  Which was weird. 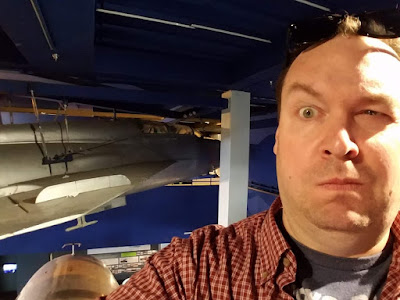 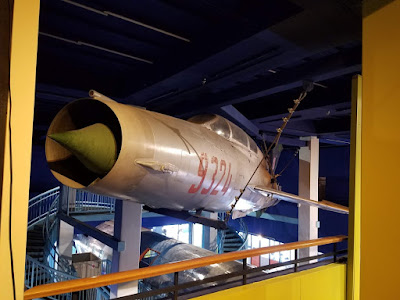 And a Jon-sized Wonder Woman made out of Lego. 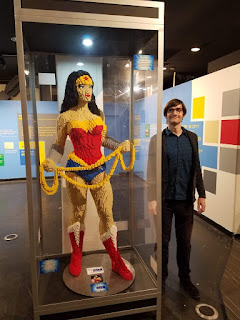 Sunday morning we woke up to snow.  Which was lovely, but chilly.  We then drove the 6 hours to Las Vegas.  No pics of that as I was driving, but the drive was spectacular and I recommend it. 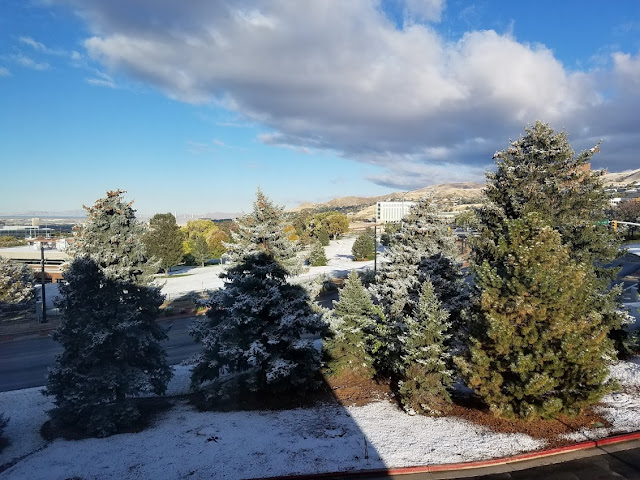 So, I've been to Vegas several times and suffice to say: I'm over it.  Moreover, the conference organizers apparently decided Vegas was "problematic" and instead of using a conference hotel anywhere with enough rooms, put it in a resort outside of town and then a bunch of us took shuttles and Lyfts, which were expensive and/ or a pain.

The conference itself was fine/ good, but I'm obviously still tweaked about the nonsense regarding the logistics.

The view from The Tropicana of lovely McCarran airport and urban refuse that one sees immediately upon leaving The Strip. 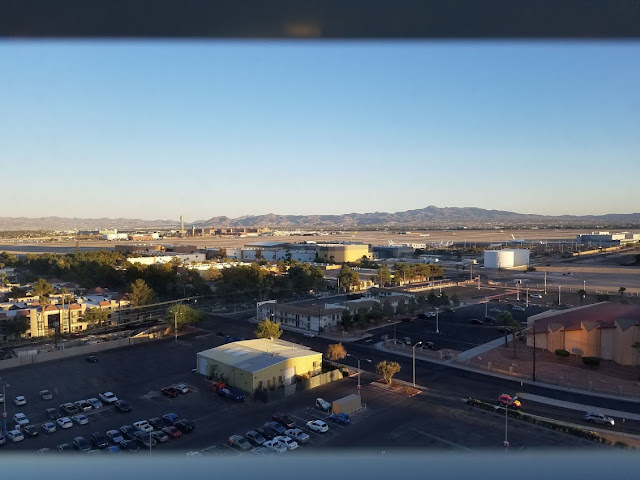 My one ray of hope in the hellscape that is the Las Vegas strip (which is a medley of foul smells and recycled air) was the Wonder Woman slot machine I passed each time I came or went from my room to the main door. 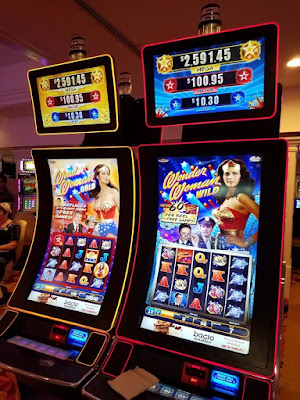 I wasn't not going to play the machine.  But by "play" I mean I kept putting money into it, slapping a button, and suddenly I was $6.93 poorer, so I called it quits on gambling. 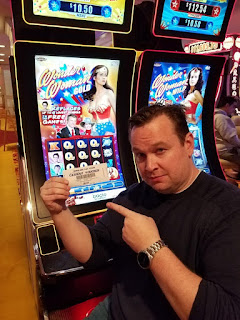 I mean - no regrets.  I felt like Ms. Carter there was pulling for me, but the math just wasn't in my favor.

At the conference I kept talking to the rep from MDPI/ Memnon who had a bunch of pre-digital media platforms on her table, including this relic from the golden age of 1993. 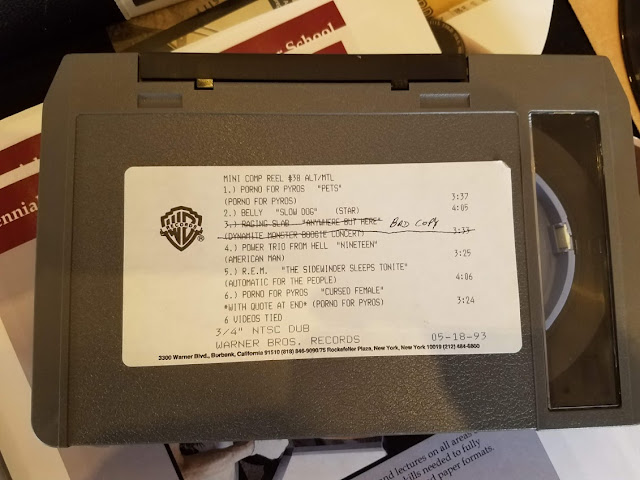 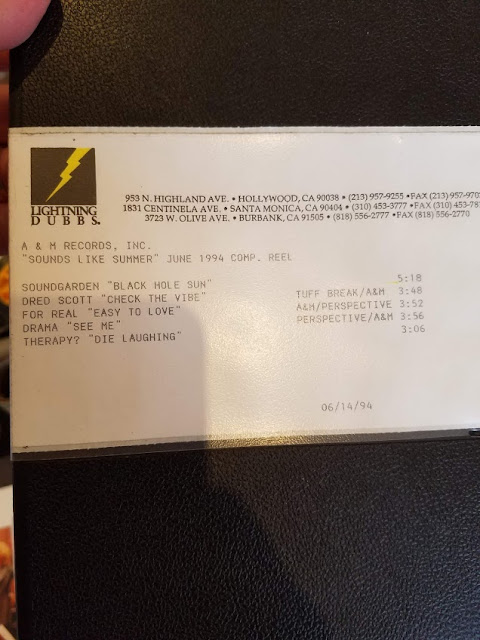 Our last night I had dinner with some pals old and new.  A colleague from Austin, one from Brooklyn, two from Houston.  Good folks.  We then went to the Bellagio where the magic waters danced to "Uptown Funk" which is a pretty good summary of Vegas, really. 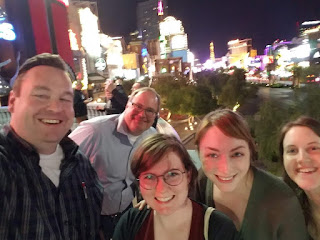 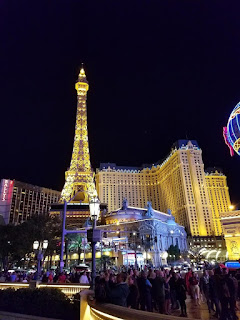 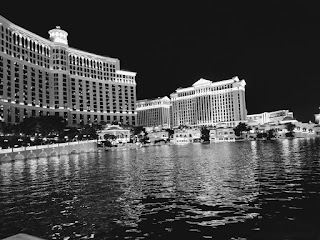 From there I split off and was supposed to meet colleagues at a casino for karaoke, and while at least four of us made it, the place looked a little stabby and we were all beat, so we hung it up and I was back in my room by 10:30 or so.

The next day, as I was leaving, I took a picture of my second favorite bank of slot machines. 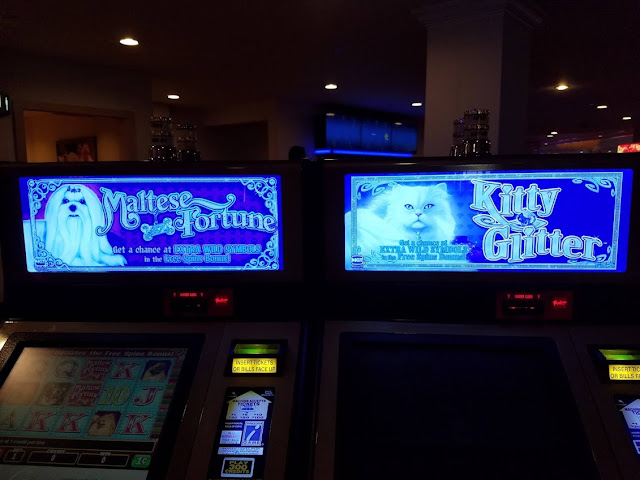 I was a little bummed arriving home.  11 days.  The @#$%ing shingles (I'm way better).  More rides in Lyfts than I care to think about.  It was after midnight when I landed, and I was having to go out into the cold and rain in Austin (which is cold and rainy... was not when I left) and get a Lyft home.