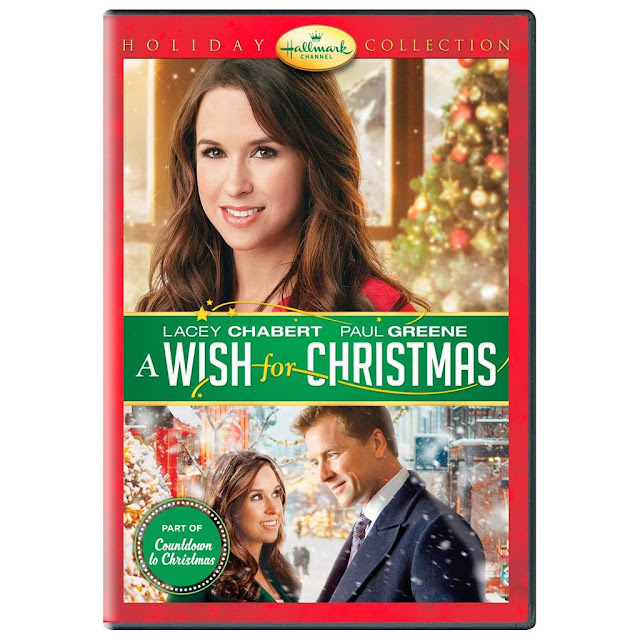 I was suffering a fever and whatnot over the weekend, and that's part of why this happened.

Around July 1, The Hallmark Channel began running Christmas movies 24/7, and I guess that's the gameplan through the end of the month.  It's clearly a trial balloon to see if they should just go ahead and launch a fulltime Christmas movies channel, as in - all year it's Christmas.  Which would make Jamie snap, and, thus, I support this idea.


Despite my proclaimed expert-level viewing of Hallmark movies... team, I started drifting away from them a few years ago.  Frankly, I can only watch the same stories told over again so many times with non-threateningly attractive stars and their "man-shaped person"* love interests.  Only so many cookie factories can be saved at the big cookie-off on Christmas Eve and last minute chaste kisses can be bestowed and Black people with no speaking lines sing a religious carol for the delight of our whitebread heroes before you start to lose focus.

But I was laying on the sofa, sweating through my shirt and couldn't follow much of anything with a plot, and at least the movie had snow in it, so I caught up on this one, which I'd seen the finale of before when flipping channels, but never saw in its entirety.

A Christmas Wish stars former Hallmark darling Lacey Chabert, the former "kid" on Party of Five (which I've never actually seen, sorry Fox Network circa 1994).  Chabert seems to have moved on from Hallmark movies, ceding territory to Jodie Sweeten, but with the ouster of Lori Laughlin, she may have some opportunities this year that we don't know about.  Chabert plays a young marketing cog who happens to be best friends with the actor who plays Eve Tessmacher on Supergirl.  They work in a boutique marketing firm, and it's pretty clear Chabert is a doormat for her friends, her boss and everyone around her.

Weirdly, this office is planning to work late on Christmas Eve (by the way, Christmas in these movies is more or less Christmas Eve, not day.  And pretty specifically after nightfall).  But they also need to close the Wizzbanger Account (or whatever) or the place may close.  Which means the place is kinda going under if everyone is working that hard and there's no incoming work - all those manic, happy marketing people should be spending their holiday looking for a new gig.

Marketing is one of the acceptable jobs for people in Hallmark movies because it means "our hero's ideas are magical and will be worth money".  And, of course, the ideas pitched are always completely insane - in this case "Christmas 365", the notion that EVERY DAY SHOULD BE CHRISTMAS.  And why?  Because Christmas is a feeling and people help each other and cookies or something.  And we should do that more.  Which will move widgets, if you look at Santa in, say, August.  (And, yes, I get that Hallmark is more or less selling Christmas 365 in their stores and clearly edging their way to movies year round).

Anyway - her boss steals her idea, changes the name to Holiday 365 and is given accolades at the company Christmas party.**  Distraught, she seeks comfort in rent-a-Santa who is, of course, Real Santa, who gives her a gift - anything she wants.  Rather than revenge (good on you, Lacey Chabert!), she seems to want COURAGE.

In this context, "courage' means becoming the psycho in the office with no filter and an inability to read the room.

Chabert starts causing embarrassing scenes everywhere she goes, none of which are treated as such, but rather, her outbursts and awkward insertions are treated by the hapless bystanders as if she's a person who has found just the right words!  (they are not.)  She goes to Denver and then a cozy mountain ski-resort town to hunt down Wizzbanger Inc's head with her dashing, unattached, single boss who has never-detailed family issues.  He also has a foxy aunt who looks to be more in his dating age range.  It's all very confusing.

We meet the parents, hang with the aunt, and, of f'ing course, they decorate cookies!  Christmas is at least 85% about cookies, buckos, and if you find this odd, Hallmark will shove the idea down your throat every movie where some dewy eyed former ingenue will wax rhapsodic about Christmases past and some @#$%ing cookies they ate on some magical, snuggly evening.  You know, cookies, which you can't get any other time of the g.d. year.  Dreamy boss also does and does not resolve issues with his dad (and, no, I seriously have no idea what the issues are or were).

Anyway, relentlessly badgering a client who shot you down and having an off-screen confab with the former client (because clearly no one knew what you could possibly write that would make any sense to convince the guy given what they'd built up) wins the day, Chabert finds love with her boss (which... really means she needs to find a new job immediately), and the boss returns on Christmas Eve and tells his staff "oh, did I say you had to work?  I didn't mean that.  Everyone go home!"

IT IS ALREADY DARK OUT.

He has also brought a compete dinner as if to say "here is a warm meal you could be enjoying with your family, and I know I just told you that you could leave, but I am feeding you here and now so you'll continue to stay and eat stuffing at your desk to either fill whatever f'ing void I have in my life or so you can finish up your work, which will enrich me, and then you can go home for 30-36 hours before you get your ass back here".

Honestly, the boss couldn't have played more of a completely a psycho mind@#$% with his staff if he tried.  To top it off, December 26th, his new girlfriend will be promoted up 2-3 levels and everyone will feel they have to do whatever she asks or suffer consequences (I've been there).  Also - why would the boss mind spending Christmas Eve at the office?  His whole family showed up, too! (including oddly-hot-aunt, who supposedly runs a very busy inn?).

I mean, glad shit worked out for Lacey Chabert, but the movie is a damning indictment of the American system for workers.

There's probably more, but I was rocking a 101 fever and taking cold meds.  I don't know what you people want.

See, it's not so hard to comment! But, yes, even in the throes of fever, I was cracking up when Jamie said that.