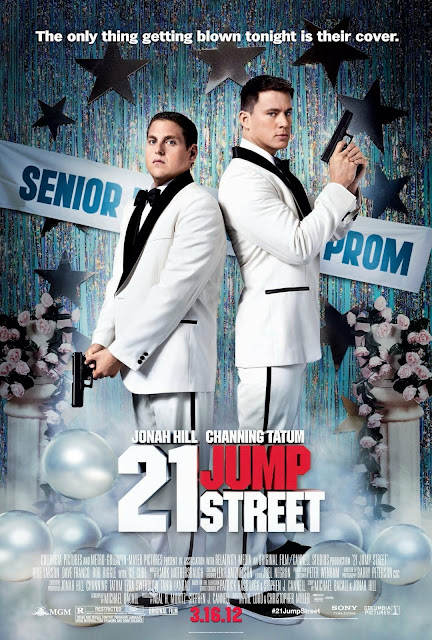 
As it starred neither apes nor robots, I was never a watcher of the original 21 Jump Street when it was on TV.  I knew roughly what it was about, but I don't believe I've ever seen an episode.  Between this fact and the massive pile of comedy remakes that had been hitting since the mid-90's Brady Bunch revival, I was in no particular rush to see this movie.

But, then I learned it was a Lord & Miller movie and gave it a shot.  All in all, an ideal Friday-night comedy with enough Lord & Miller stuff to make it really work.  The cast is great (special shout out to Ellie Kemper) and there's a ton of really good stuff packed into 90 minutes, even with some pretty pat "high school kids sure are different now!" stuff that's a little hard to buy with only 7 years passed since our heroes supposedly graduated high school.

Pretty clearly there was a lot more shot, as a few things are referred to and it looks like some unused stuff wound up in the credits.  Which makes me reflect on the assignment of Lord & Miller to the Solo Star Wars movie, and their eventual firing.  What did Disney think they were getting, again?