Wilford Brimley Merges With The InFinite 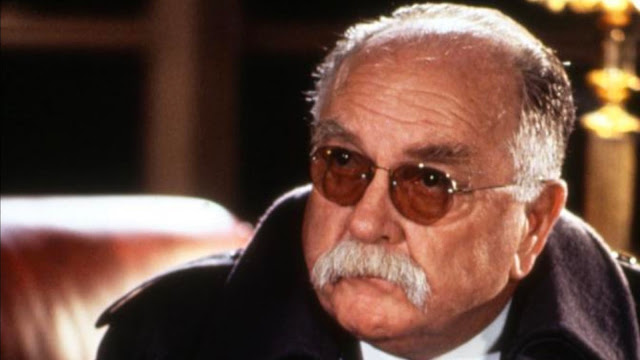 Wilford Brimley, a man I think it's safe to say all of us had a multi-faceted fondness for, has passed.

I can't say how I became aware of Wilford Brimley.  I knew who he was by the time I saw Cocoon in the theater.  Maybe he was doing oatmeal commercials by then.  I can't say.

He was always a lot younger than he looked - he was only 50ish when they filmed Cocoon.  He would have been about 45 when he did The Thing.  One of his craziest coups was playing the Postmaster General of the USPS for about one minute on Seinfeld and doing that thing he'd done in The Firm where Grandpa-is-low-key-threatening-me that was bizarrely terrifying.

The last few years, Brimley discovered twitter and was hilarious and a cheerful spot.