Independence Day Quandry: Who do you root for? WHO? 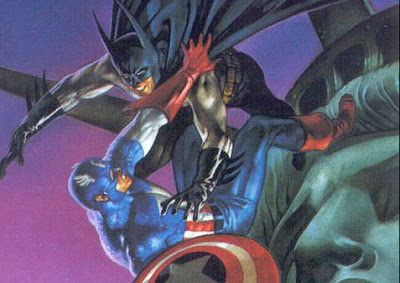 Did Batman have time to plan???

No. But he PLANNED on not having time to plan.

Given the fact (as you have humorously alluded to) that writers over the last twenty years have made him more or less invincible, Batman has the advantage. But since the question was "Who do you root for?" (not "Who would win?"), I have to go with Cap.

I am torn. I'm a lifelong Batman fan and only an occasional Cap reader (though I've been onboard since Brubaker took the reigns), but my Bat-frenzy has waned (or Wayned?) of late.

I can't pick. Its too emotionally taxing.

Heck even the great Kurt Busiek wimped out and scripted their fight in JLA/Avengers as a draw.