Octoberama! Superman and a Gallery of Not Really Spooky Supporting Characters!

You have to assume that the Frankenstein here was poor ol' Glenn Strange. 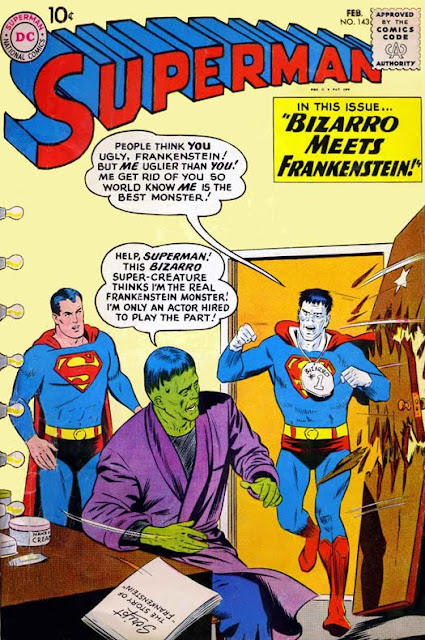 Believe it or not, the Comics Code had strict rules about vampires and werewolves.  To turn Jimmy into a Wolfman knock-off, he drank a potion that made him look like a wolfman, but he was just furry Jimmy.  DC had to do a lot of this during the silver age. 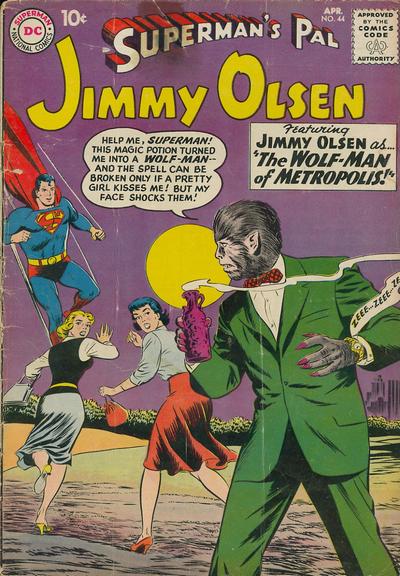 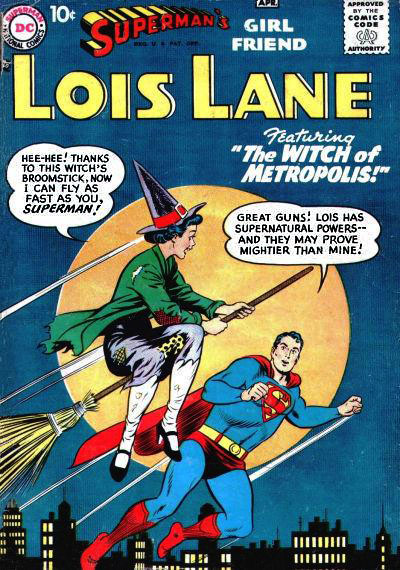 
Back in the day, when he was animated at Fleischer Studios, Superman had faced off against a Mummy!

Trying to explain this issue would take at least until Novemeber 1, so we'll just pass. 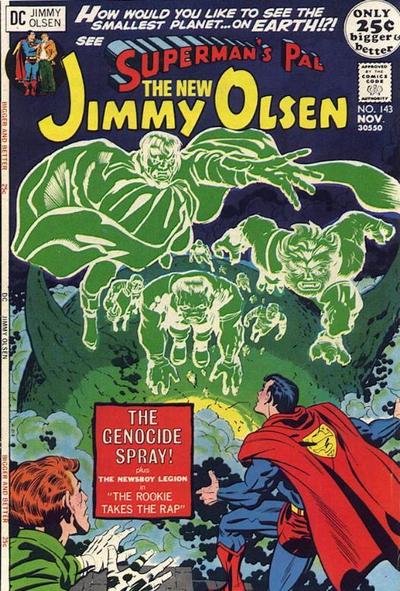 By the late 70's, I guess nobody cared anymore, and we got straighter-up versions of movie monsters...

And right after Crisis, Superman found himself face-to-face again with a really, really big Mummy. 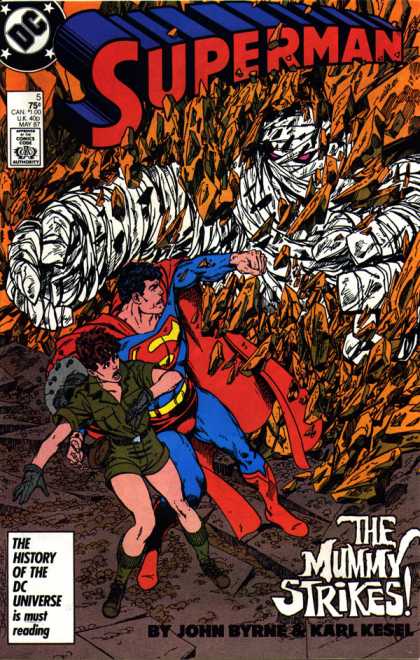 In Superman Vol. 2 #180, Superman and Lois accidentally decamp to Dracula's castle.  I don't remember much about it but Loeb's actually pretty great take on Dracula v. Superman. 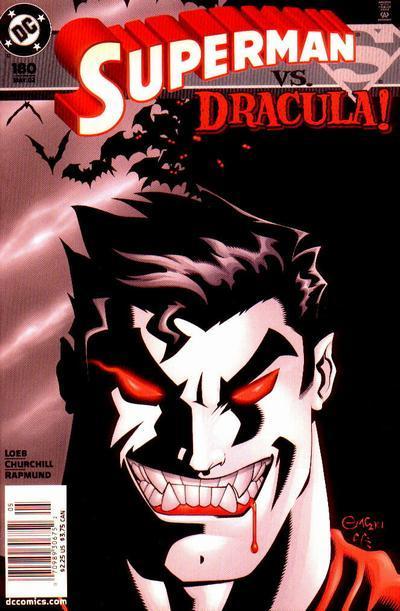 All of this, of course, is just a small sliver of the spookiness Superman has come up against in his illustrious career.

I'm not always sure Superman + movie-style monsters or Halloween-style spookiness makes sense, but I'm always glad Superman works in enough molds that we can see Big Blue mix it up with The Gill Man or whatever, and it's still a ripping Superman tale.
Posted by The League at 10/25/2012 01:33:00 PM