This is what I like about a Parker novel.  On Saturday I had a rainy day, and while I'd started the book at the doctor's office on Tuesday (I'm fine.  Just getting the annual inspection.), I read all but those first 23 pages today. 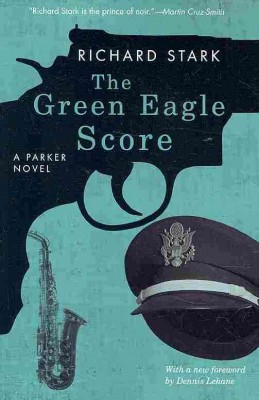 Like other Parker novels, it's difficult to imagine the heist pulled off in the modern era of paranoid security, electric systems everywhere, etc...  But people don't really change all that much, and so the stories still work very, very well.

Since The Jugger - but really, starting with The Score, Stark wisely began fanning out his narrative attention a bit more on the other characters in the books.  Probably the closest I'd point to in something you'd be immediately familiar is some of the feel of the "let's check in with our villain" of the Ocean's 11 franchise.  The characters don't have to be right next to Parker throughout the novel - the narrative eye wanders and gives us some background on some of these characters, some of whom then proceed to die just a few pages later and without much attention paid to their fate.

It's an interesting narrative trick as you definitely get a complete picture of the story, but you also know that Stark's narrative in invested in the story and isn't going to get sentimental about  a character just because we spent two or three pages with that person, learning their inner thoughts.

The Green Eagle Score is about the payroll heist of an Air Force base in upstate New York.  Parker leaves Claire, whom he picked up in the last book, The Rare Coin Score, in Puerto Rico, to chase down a haul put in front of him by an old comrade whose ex-wife is shacked up with a clerk in the finance office on the base.

The book takes a telegraphed but no-less fascinating left turn into the usual complications of a Parker heist, but it's so wildly different from the complications of The Seventh or even The Handle, that it doesn't feel like old hat, even in the 10th Parker novel.

I haven't read any of these, and I think I definitely need to correct that soon.