Today marks the 20th anniversary of when Jamie and I started dating. 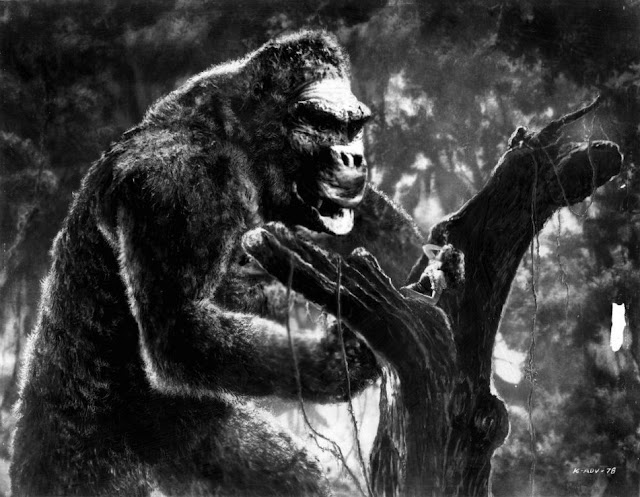 I have to use the term loosely, because there wasn't all that much dating.  There was no dinner and a movie followed by more dinner and movies, and then the usual progression.  After knowing each other for about two years, we went to one David Bowie concert in a non-romantic context (heck, my brother was along), and a couple of weeks later, we sort of high-fived and were suddenly together, and I guess we decided we liked it that way.

Jamie was college roommates with some lady friends of mine from high school, and they were all at Trinity, a small university in San Antonio, about 90 minutes south of Austin.  I'd met her in October of my freshman year, but we didn't start "dating" until our 3rd year of school.


I dunno.  I figure anyone who goes and sees Vampire in Brooklyn with you for what amounts to your first weekend together, complains a minimal amount about your film selection and is willing to see you again...  that's a girl you want to stick with.

It's tough to say exactly - aside from her tolerance of Eddie Murphy in a terrible wig - was exactly what I liked so much.  But I've said it before and I'll say it again:  Jamie was the least crazy person I'd ever met.  She was a cute little pale girl, true.  But she was also extremely bright, funny, technically inclined.  Heck, she was also a fan of MST3K.  She put up with my tendency to monologue.

To my eternal embarrassment, I confess that I tried breaking up with her twice, mostly on the grounds that it seemed absurd that I marry my college girlfriend, but that didn't take at all.  Obviously.  I figured out on round 2 that neither of us was going to do this thing without the other.  So, here we are 20 years later.

Saying "we've been together twenty years" is not a statement that makes me feel young.  But, perhaps the fact that I've spent my entire adult life attached to this one person, it also keeps me a bit in the world of the person I was when I was twenty.  It doesn't hurt that, while our lives have changed, we haven't been forced to grow up thanks to kids or jobs that require me to wear a tie.  I basically dress just how I did back then.  She does, too, now that I think on it, but she no longer has a Friends-inspired hair-do.  But we were both pretty comfortable with each other from jump.  I don't think either of us saw the other as a "fixer-upper" opportunity.

We moved in together after 2.75 years of dating and the completion of college, and had some adjusting to do when we weren't just in the same city, but we were always suddenly in the same place.  We sorted it out.

Twenty years on, I am uncertain how to function without Jamie, and I mean that in the best of ways.  Yes, when she goes out of town, I sort of wander the house like a confused house cat.  But, wanting to be as good as I can for her has been my moral compass.  And to delve into a terrible cliche, she genuinely has made me a better person every day we've been together.  She makes me try harder and try to be as good as I can be.

Perhaps as a by-product of our familiarity, she puts up with a lot of my nonsense that, over the years, I have become acutely aware would be just huge red warning signs to other people, deal-breakers, or certainly something they'd try to get me to stop.  But, Jamie's seemingly all right with me and my various disorders.  In fact, she's pretty onboard and participatory in a great many of them.  It's good to have someone else who gets it.

I don't want to dwell on our various obstacles and complications.  No doubt, we've had our challenges, and I like to think we've weathered them well.  I can't speak for her, but I can say I am never short of awed by how she has my back and supports me.   In her own way, she's made of iron.  It takes a while for people to get how tough she is.

After twenty years, I still see new facets of the person who sleeps on the other side of the bed.  I consider that a welcome feature, and as we both grow and change, I've been lucky to do so alongside Jamie.

But, these are the bio-sketch details I'd share with anyone.  Obviously.  The rest, I'll keep between us, if you don't mind.

Twenty years is a long time.  It's nearly half my lifetime.  In a year, I guess, we'll pass the point where we'll have spent more of our lives together than we spent apart.  Given the chaotic nature of this universe of ours, and all the things that can happen, I consider that an achievement.  More than that, it's been a good half-a-life.  It still feels like the beginning of something that's still moving forward, all the stories and things that have occurred between that first weekend and now, chapters pushing us forward, information to be mined for the next steps onward, together.


I agree, you are one lucky dude! (She did OK too.) Happy "Anniversary" to you both!

So many memories. So many dance-off victories for you two! Congrats.

Brak's words said what I could not. They move me as well.