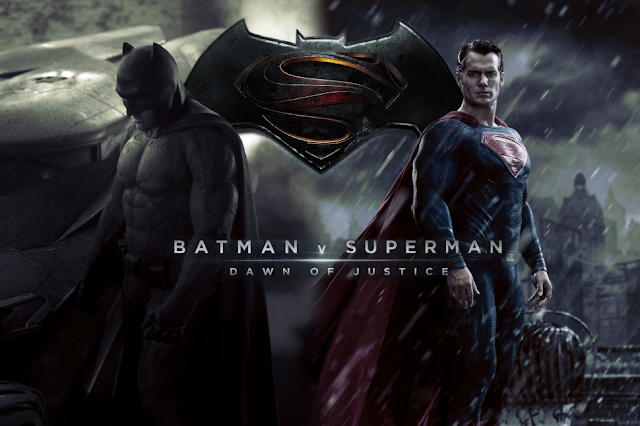 If you've been following this site for any length of time, you're aware that I was not a fan of Man of Steel, the 2013 Superman opus intended to return Superman to cinema splendor at the hands of name-brand producers and directors with good relations on the WB lot.

It's no secret that, in general, I am not a fan of director Zack Snyder.  I've stated previously I find him an interesting visual stylist, but challenged in both development/ understanding of character and the ability to successfully convey a story.  Man of Steel presented moment after moment that signaled either Snyder's utter lack of familiarity with Superman, an utter contempt with which he views the character, or, a certain contempt for decency.  Really, you had to lay the blame at the feet of both Snyder and, literally, everyone involved in the production.

I've seen the comments online, and I've spoken to some of you who've seen it.  I got it.

Despite this reaction, and my best intentions to not see the follow up to Man of Steel, last night I finally broke.

I had an opportunity to see the movie at no cost - and as I knew I would not be providing Warner Bros. with my hard earned monies and the overall growth of the box-office, I figured I was just a pair of eyes staring at a movie screen.

With the poor reviews and Earth-shattering approach to the proceedings, I confess to a certain morbid curiosity.  After all, I would get a chance to see Aquaman on the big screen.  Aquaman!

In truth, and this is hard to write - this movie greatly improved upon Man of Steel, and, indeed, provides a path forward for Superman in the 21st Century that no prior incarnation really grasped.

What a dick! You totally had me going. Can't believe I fell for that shit.

You totally got me. Had to apologize for the loud guffaw I made at the end there.

Aw, I was looking forward to your fake review. :)

After a stunt like this, I'm never reading this blog again.