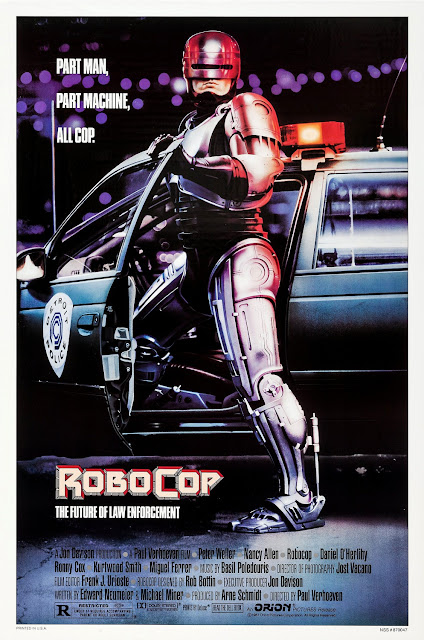 
Anyhoo...  All the 1980's parties the kids are having will never really capture the spirit of satire that rose on the periphery of the public consciousness.  As good a time as we're all having with what's-his-face in the Oval Office, the 1980's were a period when we all went about our business in the full knowledge that any minute we could be atomized if a pack of geese flew past the wrong atomic-weapons detection system.  A certain shrugging cynicism was easy to have as lowest-common-denominator faire ruled the TV airwaves in dopey sitcoms (with older, cornier sitcoms in seeming endless repeat), the era of Edward R. Murrow gave way to chuckling news personalities and anyone with something to sell was doing it in the hokiest way possible.

It was hard not to look a bit askance at the folks in charge telling you to just say no and "It's Miller Time" in the same breath.  The dream of the summer of 1969 had burned away in the wake of Watergate and hippies having to grow up and get jobs, and by the mid-80's, employment was rocky, factory jobs were evaporating, and we were legally required to say we liked Family Ties, even if we we kinda hated it.

Movies like Repo Man had played smaller circuits and were always clearly for a niche audience.  But the American punk scene and a certain sub-culture manifested in comedy and other venues that was going a little po-mo with their critiques, but it was not every day that it bled into mainstream culture.

There's also, of course, the horror of what's happened to Murphy and his noble efforts to reclaim his humanity.  Yeah, that's the heart that holds the story together, and I'm guessing if you've only ever seen RoboCop once that's what you recall.  But why would you only watch RoboCop once?  That's just missing out.

And the movie has Nancy Allen.  And if you say anything negative about either Nancy Allen or Officer Anne Lewis, I will cut you.

After a quick title sequence (weirdly, just the name of the film.  No actors nor the director given credits.), the movie quickly turns to the news - which sets us in the near future, establishes our world where things like corporate managed police stations aren't that weird and where global tragedies are met with a winking nod of reassurance.  And, of course, the commercials.  Right up to and including the ad for the Heart Center and it's wide line of hearts and the guarantee that they care.

I wonder how the movie has aged. To today's kids, the movie must seem like a small wink to how things are, but in the 1980's, it was a gross extrapolation from how things were leaning.  If the population of the 1980's would have seen corporate take-over of local police as kinda-far-out-there, elected officials today would just be nodding along in agreement, despite the holes in the problem driving the entire plot of the movie.

In an era of private companies sending "security forces" over to Iraq, private prisons, and a military-industrial complex more than happy to have Americans scared to death of each other and their neighbors, OCP no longer seems like a company cut from a dystopian future.  It seems like a kind of good idea for those of you looking for investment opportunities.

That business's interest is making money and that can lead to cutting corners in important places (like in QA) or with a directive to think about replacement part sales instead of whether the thing works - or, hey, putting people intentionally in harm's way in order to further corporate goals...  Not to mention collusion as corporate interests also extend into crime as a growth area, too.

Verhoeven's use of violence in the movie never really finds any level that isn't in the red zone.  From the "murder" of Officer Murphy to the death of Kinney during ED-209's debut malfunction to driving through a toxic-waste-melted Emil, or the attempted killing of RoboCop by the Detroit PD (that parking garage scene), Verhoeven really doesn't dick around with bloodless gunplay.  If there's a virtue to be found, he's at least not letting us off the hook when it comes to bullets and human flesh.  But as much as it's impossible to imagine the world of RoboCop without Bixby Snyder exclaiming "I'd buy that for a dollar!" as it is to imagine the violence toned down.  It would just become another cop movie or superhero vehicle at that point.  And, by RoboCop 3 and the subsequent TV shows (including a go at a cartoon for kids), that was what we got.

So maybe in a world where people really do splatter blood everywhere when shot, it's all the more remarkable to see RoboCop wandering through a warehouse full of cocaine and machineguns shrugging off bullets in a way we usually only allow Superman and Iron Man.  And all the more impactful when Murphy does take some damage.

As amazing as Peter Weller and Nancy Allen truly are in this film, like a Batman flick - it's the bad guys who make it colorful.  Ronny Cox as Dick Jones is, of course, a force to be reckoned with - but the movie also gave us Kurtwood Smith and Miguel Ferrer in star turns.

Villains don't come much more vile than Clarence Boddicker, and we really have Kurtwood Smith's sleazy, creepy, charismatic run at the part.  At the time, he was unlike anyone else I can recall as a villain - no accent, no particular bloodlust.  He seemed like a neighbor-dad who happened to casually murder people for fun and profit.  He's up there with great villains from Rickman's Hans Gruber to Waltz's Hans Landa.  And other Hanses, I'm sure.

But this movie set off my love affair with Miguel Ferrer (and Nancy Allen, but for different reasons).  Ferrer's overly ambitious corporate ladder climber, Bob Morton.  What could have been a standard 1980's sleazy guy in a suit was made so much more thanks to Ferrer's ability to play unvarnished ego.  He'd go on to play a lot of other characters that were a bit tough to take for the characters around him, but easy to love (see: Albert in all three seasons of Twin Peaks) and a host of villains and bullies.  Heck, he was the villain in Iron Man 3.  Didn't remember that, did you? 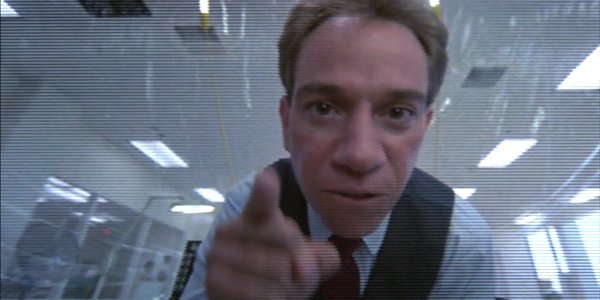 We lose Bob Morton 2/3rds of the way through the movie, which is too bad, but Ferrer left a huge impression, and re-watching the movie and Twin Peaks Season 3, I'm really going to miss him showing up in my shows and movies. Ferrer passed this year in January.

There's plenty more to say about RoboCop, from the sleek design of the armor to the magnificence of ED-209 (which I always wanted as my DJ name) with puppetry by master Phil Tippett.  To, heck, let's talk about Peter Weller's understated brilliance any time you guys feel like it.

For a kid growing up already feeling the world was an absurd place, RoboCop felt like a movie made directly for what I perceived to be my demographic.  Funny, satirical, action-packed, and with a look at retaining one's humanity in the face of monsters more than happy to disassemble it for a buck, I won't say it exactly informed my world-view, but it certainly colored it in.

Here's to 30 years of RoboCop!

*being a one-screen theater, an indelible part of the memory is that they showed a trailer for "Snow White", which was the next thing coming to that cinema.  The cognitive whiplash was astounding.