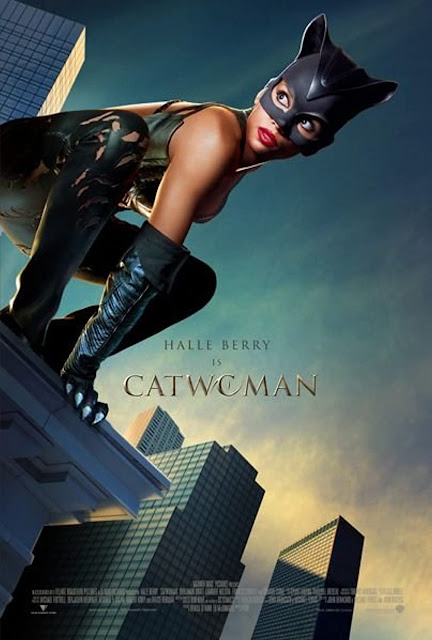 Good Friday?  Let's make it a GREAT Friday, with the power of Halle Berry!
This is also a story about death and resurrection, but this one involves considerably more cats and milk.  And if there's one thing I know, it's that y'all love cats.
Well, so does the hero of our film!
So, I have seen this movie in pieces over the years, but never straight through.  It's time to fix that.
Jamie is already mad I picked it.  Just FYI.
In 2004, with Marvel getting a successful X-franchise out there and some Spidey films, DC absolutely panicked and green lit Catwoman, based on no comic property, and loosely tied to about a 60 second bit in 1992's Batman Returns.  This movie - directed by a mononymic French guy who knew nothing about Catwoman and had no real directing experience - is really the lens you need to understand how much WB did not give a shit about it's subsidiary, DC Comics, and how little they believed their characters were worth.
In all fairness, we do get 100 or so minutes of Halle Berry.  And, of course, Sharon Stone!
Day:  Friday, 04/15
Time:  8:30 Central/ 6:30 Pacific
Service:  Amazon Watch Party:
Cost:  $4
CLICK HERE TO GET FRISKY
Posted by The League at 4/13/2022 11:22:00 PM