Before we get started:

Here's a great article you might want to check out on Newsweek's site. Thank my brother for sending me the link.

For those of us interested in the working world of the Golden Age of comics, this is a must read about an Austrian immigrant to the US who found work as one of the few female artists in comics. Sounds like a terrific companion piece to Kavalier and Clay, only, you know, non-fiction. But she seems like a real life melding of Kavalier and Rosa Saks. Just... wild stuff. I had never actually heard of this person, I believe, so... you learn new stuff every day.

Oddly, the article doesn't include any actual art work... and I'm having trouble finding examples online. Here you go: 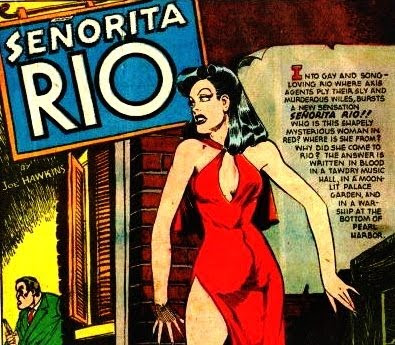 The article also misidentifies some details tied to subject Valerie D'Orazio. D'Orazio left DC, not Marvel. I believe the comic in question was Identity Crisis. 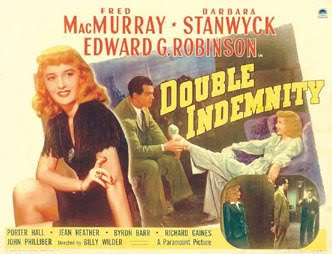 I've been meaning to watch this one since college.

It's an interesting picture. I am no Billy Wilder aficionado, but the man's work is impressive when I see it. Double Indemnity is definitive noir, and has been endlessly copied, to the point where a modern audience might find it a bit trite. But in 1944, there weren't any movies like this one. Not yet.

The cast is small, in the way of these things. But Stanwyck puts down the template for femme fatale in this one. 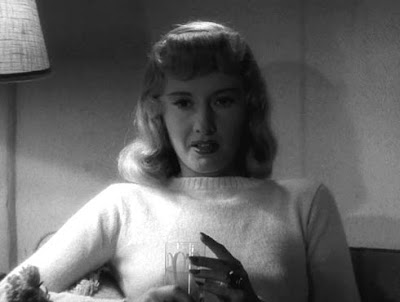 boozy scheming is the best scheming

But as so often happens in the oft-imitated movie, even if imitators have made the beats of the original a bit easy to read, the performances and script of the original still feels fresh and well worth seeing.

I watched a short doc about the film that was on the DVD. Eddie Muller and others discuss the film, and they had a cut scene which would have deeply changed the finale of the movie (I think the finale in the film works a bit better). I was glad to see I wasn't crazy as while I was watching the movie, at a few key moments I felt that Wilder was borrowing from Hitchcock's playbook. Well, so Wilder was. Apparently, he was a fan.

Marvels Project: Birth of the Super Heroes by Ed Brubaker and Steve Epting

Ed Brubaker is a solid, solid writer. While this book is always going to suffer by comparison to Busiek's Marvels, simply because Kurt Busiek got there first, its great to see Brubaker lay out part of an origin not just for Captain America or Namor, but for the foundations of the Marvel Universe leading up and facing the early days of Waorld War II. Solidly in current Marvel continuity, it manages to retell familiar origins and stories while winding together a new story told from the perspective of a footnote in Marvel's lengthy publishing history, The Angel. 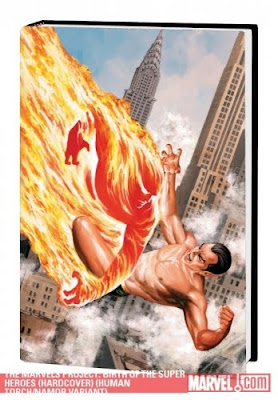 when discussing Golden Age Marvel, you HAVE to include the Torch/ Namor fight. There's a law somewhere that says so.

Unfortunately, I do think Brubaker left a few too many questions unanswered. With as little information as we got about John Steele, and as I knew nothing about him prior to reading this comic, the character has no beginning or end, just a middle, and its a distracting bit of the comic.

In comparison to Marvels, and even to volumes such as Robinson's The Golden Age at DC, the story feels terribly incomplete unless Brubaker intends for additional volumes to follow (which I would welcome), or if he plans to just point to other materials as his ending.

Steve Epting's art is always impressive, and here it fits the tone very well. These aren't intergalactic space gods, but men in garish costumes on the streets of New York. Epting's hints at realism, and ability to draw believable, distinguishable faces, is put to great use and fits The Angel's near pragmatic narrative tone.

All in all, for fans of the Marvel U who weren't picking up comics when Marvels hit the shelves, or for fans of superheroes in general, this is a great volume. Brubaker really captures the spirit of the brave new era of superhero comics in the guise of the superheroes themselves.

Okay, I read my superhero comics in a particular order, and I start with the Superman titles out of my stack.

Freed from the drain-circling narrative death spiral that was the New Krypton storyline, Sterling Gates and Jamal Igle are making serious hay on Supergirl. It took more than fifty issues, but I finally turned to Jamie and said "you should read this Supergirl comic. This is a fun superhero read."

This issue gave us Jimmy Olsen, Lana Lang, Supergirl herself, and Bizarro Supergirl. Which is: awesome. Plus, one of those great cliff-hanger endings that's more "how are they going to resolve this?" more than "oh no, how could she survive?". Just very clever stuff.

On Adventure Comics, classic Legion writer Paul Levitz (now back to writing after leaving his position as Publisher at DC) is showing no signs of rust and doing a great job telling "tales of a young Legion (with Superboy!)". I've been very happy with his work both here, and on the recently launched Legion of Super-Heroes title. The truth is that I wasn't reading Legion when Levitz was the writer, and my only knowledge of his work comes from a few collections I picked up, but I can definitely see the appeal. And its interesting to ponder what a different company DC would be today had Levitz kept on Legion and been able to maintain the popularity of the series.

Better late than never to return, I think.

Anyway, Levitz may be tying back to his earlier work (you know what I'm talking about, Signal Corps. Wink.). So if you're feeling nostalgic for yesteryear, there you go.

This also marked the start of Sweet Tooth and Essex County writer Jeff Lemire's work on Adventure Comics back-up series, The Atom. And this first installment was surprisingly satisfying. I've always liked Ray Palmer in concept, and this sort of stuff works for me. I started off liking Simone's take of Ryan Choi and Ivy Town, but at some point, she just lost me. While I'll miss Choi, I'm happy to see The Atom back in Justice League-style adventures.

Paul Cornell's Action Comics continues to be a fun read. Featuring a psychic dual between Luthor and Captain Marvel villain, Mr. Mind (a small, talking, telepathic caterpillar), one can only hope to have a fraction of the fun reading the series that I think Cornell must be having writing it.

So do you own Double Indemnity? If so, I'd like to borrow at some point...

I do not own a copy. I have it in from Netflix, if you want to check it out.

I felt better when I read EVERY cartoonist's first work is ripping off someone he admires. My first comic, "Super inchworm" had an evil grub that looked a heck of a lot like Mr. Mind :)