Warning: This article contains massive spoilers in the descriptions for the works involved.  If you see a title that you absolutely know you wish to watch or finish in the numbered headings, avert your eyes.
My Favorite Monsters (In descending order):
Putting together a list of my favorite monsters was a much harder task than I had originally presumed.  It doesn’t help that I have through my life consumed a gigantic worth science fiction and fantasy, all of which are dripping with monstrosities from which to choose. I therefore culled my list down to those examples that expound or subvert my definitions of a monster.  These are not the obvious choices but the ones that expanded my horizon of inhumanity to humanity.  Or they’re just freaking cool.  You decide after the list.
4). THE ANGELS from Neon Genesis Evangelion (TV Series, DVD and Movies)
Anyone who has watched Japanese anime knows that there is one series that has generated some of the most controversial arguments in Otaku culture and anime. This is that series.
Neon Genesis Evangelion is a work of supreme art and will be forever defined as the series that expanded anime’s reach to beyond entertainment and became an example of what can be achieved in the bounds of creative expression. It is a deconstruction of the “super-robot genre” or “mecha” of Japanese anime that subtly subverts the watcher over the course of the series from believing he is watching a rote action science fiction series to an intense examination of one’s place in humanity and the fragility of the human spirit.  It’s complicated, obtuse, frustrating, subversive and then ultimately rewarding while shattering your expectations of genre fiction. Yes it is that good.
The ANGELS are gigantic, supremely powerful beings of cosmic origin that attack the Earth and humanity, notably Neo-Tokyo.  Neon Genesis starts off like almost every other “super-robot” anime series where the Earth must be defended by a brooding adolescents that must pilot  unique high technology robots of destructive power, the EVANGELIONS, against these beings and threats to the Earth. 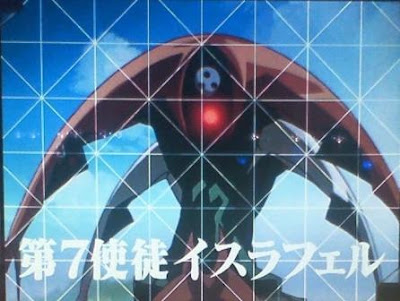 The watcher is dripped subtle clues as to their existence and origin. Why are they called “Angels” and given code words like Sachiel and Ramiel, actual Biblical names? Why do the Angels manifest powers just like the EVANGELIONS piloted by the human defenders? 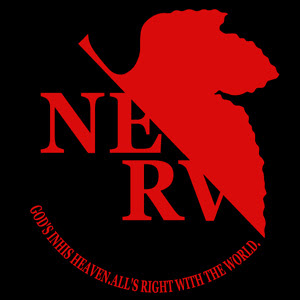 Your final confrontation with GLaDOS in the game is a reflection of the entire rich game experience itself.  She threatens you, tempts you like Satan, tries to bribe you and manifests clear insanity as she admits to ruthlessly killing all others in the facility before you. Oh and her morality module is missing so she’s a sociopath, awkward! GLaDOS then finally attempts to kill you all the while making jokes and justifying her actions in the name of “Science!” Playing the game and your interaction with GLaDOS is akin to playing the movie the Cube or is like being a mouse in a human maze. You are manipulated and taunted by a robotic, cunning entity that talks like mild mannered nurse with the soul of Hannibal Lecter. Your final confrontation with her is a meeting of powerful anger and vengeance. One of the best characters ever, GLaDOS is truly monstrous.


2) PRISCILLA OF THE YOMA

Priscilla is the main antagonist in the great anime series Claymore, whose main character Clare attempts to confront. The setting of the anime is that demons, termed as Yoma, exist with human beings and use humanity as their prey. Yoma have greater strength, speed, and durability compared to humans. The Claymores are created by the “Organization” to fight the Yoma and protect humanity. By implanting Yoma essence into humans, they are able to create a hybrid that is faster than the source Yoma with their original human combat training and intelligence. Clare, now a fully-trained Claymore and the protagonist, has a tragic and tortured history with Priscilla since her childhood that drives the narrative of the story to its mournful conclusion.


Priscilla is one of the most powerful of the Yoma; she behaves as almost a demi-god in the series utterly devoid of empathy and a whirlwind of violence. She is so self-absorbed in her alien mind that she simply doesn’t even know what her actions are doing personally to Clare and her world. Humanity is a speck in her eye as she wreaks tragedy wherever she steps.


The end confrontation between Clare and Priscilla is steeped in nuance and suspense as each character takes her own haunted steps down their spiraling intertwined destiny. 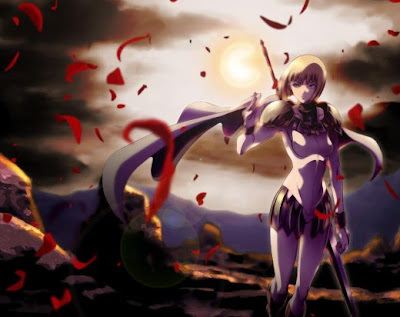 
What can be said that has not been said? Godzilla is the best and ultimate monster. Q.E.D.

As a latch-key kid, I remember walking home every day from school and WFAA-TV in Dallas Fort Worth would show “monster week” specials in the afternoon matinee. Here, I was exposed the greatness that is Godzilla, Mecha-Godzilla and King Ghidorah. I was hooked. Godzilla was the god of destruction, equal parts a monster to humanity’s nuclear science hubris and the defender of the Earth. I always thought it was incredibly humorous that Godzilla gets to wreck Tokyo but if aliens tried to invade the Earth, by golly Godzilla wasn’t going to let that happen!!

Although he has been misinterpreted many times, the essence of Godzilla is as intriguing and cool as ever; he is a force of wrath, a metaphor for humanity’s global ambitions and sin, and the vengeance of nature. Most of all, he is the KING OF MONSTERS.


Let me see…Bella is seventeen at the beginning of Twilight. Edward is at least one hundred years old, yet he stalks and seduces Bella, isolates her from her family and threatens her with violence. In the name of love. Nevermind the fact that his character is a borrowed amalgamation of Angel from Buffy the Vampire Slayer and White Wolf’s Vampire the Masquerade role-playing game. His creation and Twilight is a monstrosity.

GLaDOS?? I knew you survived that explosion I set. And where's my cake you promised in the picture!!?

You know who doesn't like Godzilla? Dad. Dad totally told me on the phone last night he never liked the Godzilla movies. I found this shocking.

Also, Jamie and I watched "Final Wars" this week, and it was 30 stories of terrifying fun. I give it seven thumbs up.

Clearly you aren't getting the genius of Man in Suit.