An Awkward Encounter with an Old Flame: Superman and a few other DC Comics Solicitations for October 2012

I've stopped trying to dwell on the end of my love affair with all things DC as nobody wants to hang out with the guy moping around after a break-up, but since DC Comics and I are still in the same neighborhood, I think we're feeling our way to try to be friends, even if we're not quite ready to spend a lot of time alone together right now as things would inevitably get awkward.  We're just a person and a comic company who have both grown, and that has meant we've grown apart.

Looking at DC's October solicitations does feel like the stormy part of the break-up is over with, and after all my pleading and their curt refusals to pay me heed, it's nice to see a few overtures of friendship in the making.  It'll never be what it was, but you have to learn to live with each other if you're going to see one another whether you like it or not.

We may disagree on Justice League, but I see things like the Joe Kubert Presents anthology on the list, and I can give a warm smile DC's direction.  Just out of nostalgia, they're playing our song. 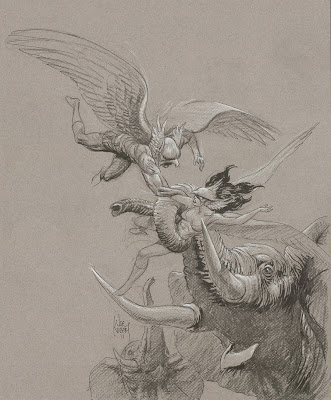 And then, the announcements about trade collections almost feel like finding a sweater left behind that you hold for a second and wonder what you should so with it, even as you like the feel of it between your fingers.

Green Lantern: Sector 2814 by Len Wein?  Kamandi: The Last Boy on Earth Volume 2 by Kirby?  The Wonder Woman Chronicles by Marston?  You can't just toss those memories out.

Reviewing the Super-Books is always where I hold my breath for an instant, watching to see what DC does, see how DC reacts as we bump into one another again on the street.

The Adventures of Superman: Gil Kane hardcover book is a nice overture.  It's clear they may have moved on, but we're still friendly.  It's like they're telling me they heard a song they remembered I like, and it made them think of me. 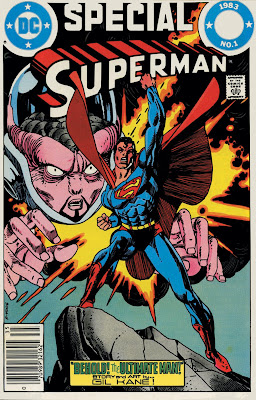 And, of course, the spectacular work on Superman Family Adventures is the note left behind from when you were in that first, dizzy spell of discovering each other.  It can almost trick you into wondering what ever happened.  And now you see DC found a new dress that looks just great, they're trying something new you wish they did back when you were together. 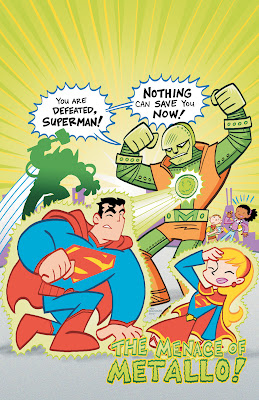 But looking at the solicits for Supergirl and Superboy are the nails on the chalkboard, and all the old, bad memories just come flooding back.  They're the squabbles over money and friends and freetime, and not understanding why either of you have to be that way...

And, of course, looking at the solicits for a Lobdell written Superman is nothing less than a reminder of the huge, huge fights you found yourselves in on an all-too regular basis.  Gloriously mean conversations where doors were slammed, ways in which the other was raised are brought up to explain why they are so, so f'ed up now...  and you see how you two were never going to make it. 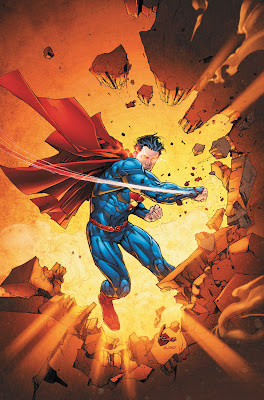 They've pushed that button again, even after all these months apart.  You can feel the old battles coming to a head, and you're not even together anymore. 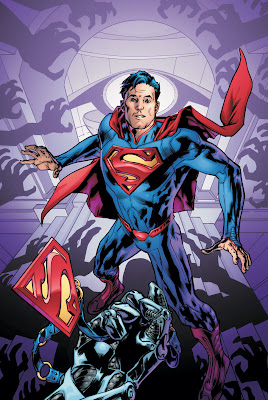 But then DC backs off and smiles a bit and says, hey... we're working through some things.  Here's the cover to Action Comics 13 by Grant Morrison featuring Phantom Zone villains and dog collar with an "S-Shield" prominently displayed on the cover.   We're growing, but maybe...  maybe we haven't forgotten what works.  We weren't all bad, and there was a reason you're still having trouble letting go...

And then, as they're leaving, DC mentions the solicitation for Action Comics Annual #1, and it doesn't make any sense, either good or bad...  it just leaves you confused and unsure of what just happened. 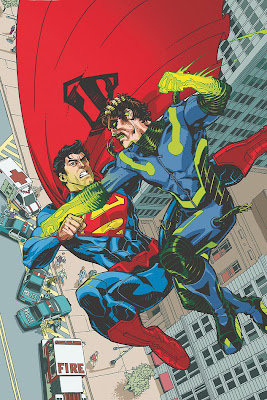 We part on the street, me heading my way, DC heading theirs.

We live too close together.

We'll run into one another, me with comics that might remind me a bit of certain features or behaviors DC might say "hey, I do that, too" as they see me pass by with Atomic Robo or Edison Rex.   We may look at one another and wonder what happened to the other, but it'll just be once in a while out here in public, but I'm not sure I'm ready for meeting up for coffee and hearing about what Aquaman and GI Combat are up to at the moment.  And I don't want to get into one of those situations where I feel I really have to say something about Hawkman and Grifter and those other things that I think someone who cares should maybe say something.

And the part where I want to run at DC Comics, shake them by the shoulders and say "Why have you already done so many cross-overs in just 13 issues of the new continuity?!  Why are you doing this 'Rot' storyline across, like, ten titles?  Can't you see you're not just hurting yourself, but you're hurting the people who care about you?!!!!"

You can't help someone who won't help themselves, and the old, bad habits you can't change are so often why couples split.  So I'll leave it alone and try to remember the good times.

I've looked through all the solicits too and I'm assuming the return of Krypto is DC's attempt to bring you back into the fold.

For me I continue to be interested in Animal Man and Swamp Thing. Now that Frankenstein is being pulled into that world I may have to give it another try as well. And of course the poorly named JL Dark but Lemire looks good too. But other than the Lemire/Snyder/Kindt triumvirate there is not much in there for me.

Well aside from Kamandi vol 2 that I put on my Amazon wish list.

something about Swamp Thing growing horns and wings and taking flight on leafy wings lost me. I'm having a negative reaction to this cross-over business even as I was more or less enjoying Frankenstein and the other titles. I'll see how I feel when it all gets solicited as trades.

I'm reading Morrison's "SuperGods" and I think maybe DC should have read it before they tried to make him reboot Superman as young and hip and edgy. He has a pretty solid idea of what Superman is, and it's not a Jim Lee Wildstorm character. Krypto's return feels more like an inevitability to me.

You have a weird relationship with DC.