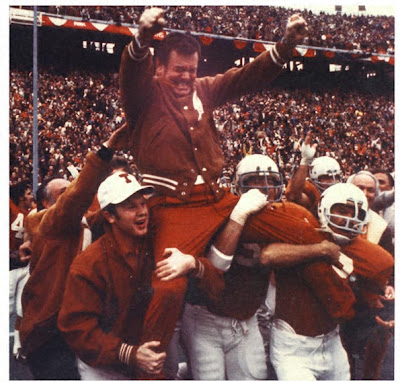 He remained active in UT Athletics and the University of Texas, and was on the field for a coin toss just a few weeks back.  He'll be missed, but in Austin, it is impossible to believe he'll be forgotten.
Posted by The League at 11/07/2012 10:26:00 PM