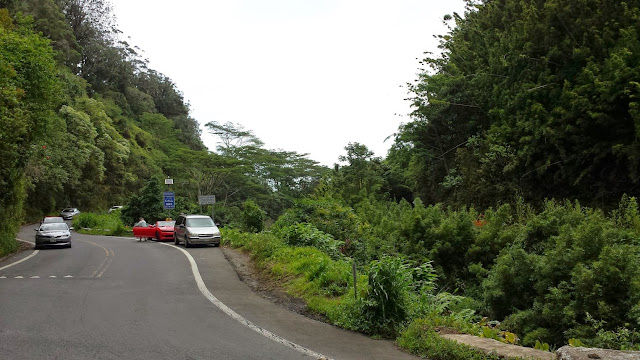 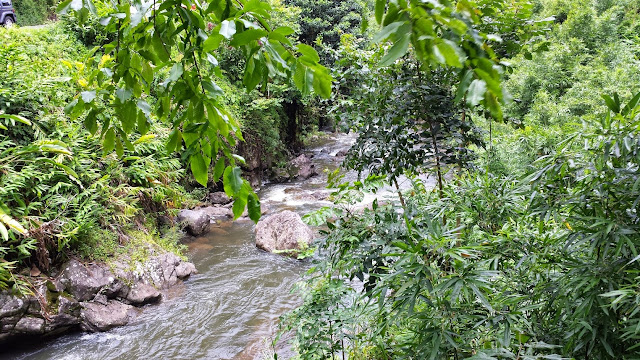 Here we are at the convenient way-station on the Road to Hana. 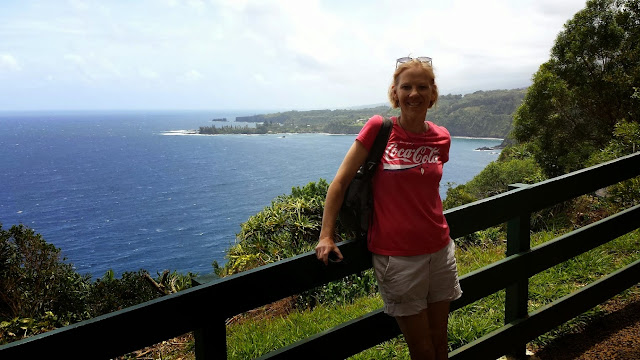 Our destination - as far as I was willing to go lest we court disaster and miss our flight, was the Upper Waikanki Falls.  They were majestic and all that. 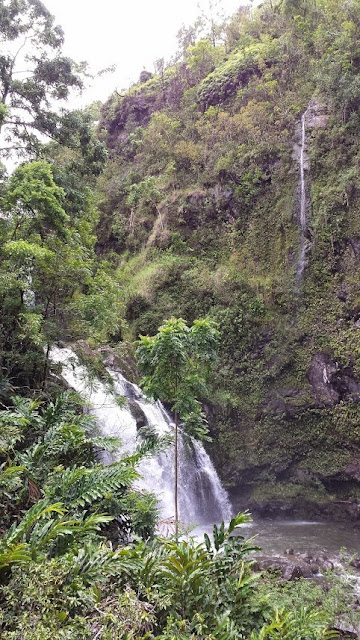 Jamie has found and conquered the falls. 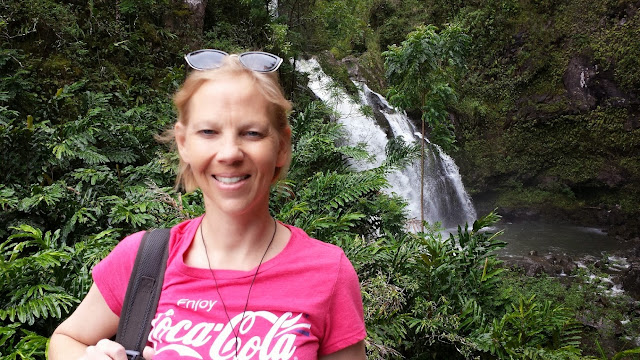 Of course then there's a lengthy drive back.  We ate lunch in a small surfer town and then drove into the bigger town where the airport is located.

We had ample time so I drove over to Maui Comics and Collectibles, as I always like to see what's going on locally.  This store opened fairly recently and they're the first comic shop in Maui in 7 years, so they've got a great opportunity there.  They didn't have much in the way of Silver or Bronze Age Superman, so I was a bit out of luck, but it was great to see a store that has so much potential and is ready to do some good.

Long story short, we finally made it to the airport.  It's open air in most places, which is interesting or a US airport. 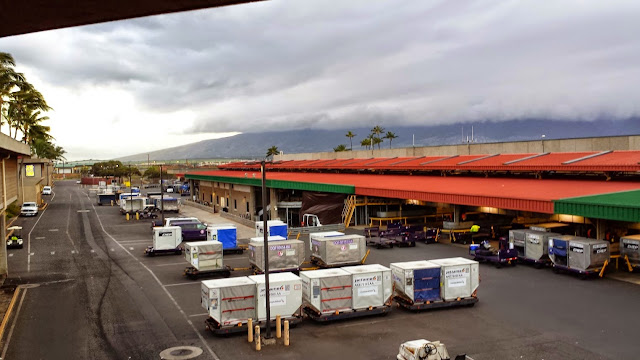 We did grab the Wonder Woman '77 comic for airplane reading. 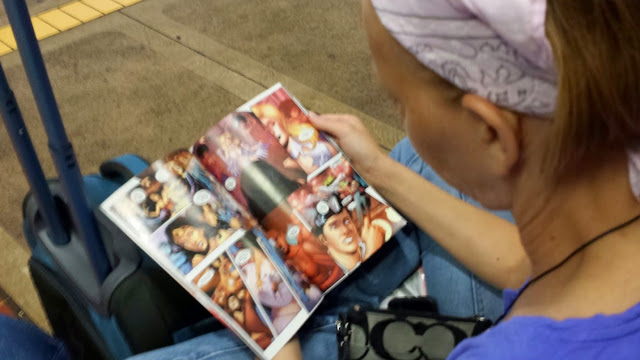 In the airport restaurant, Batman toasted us farewell. 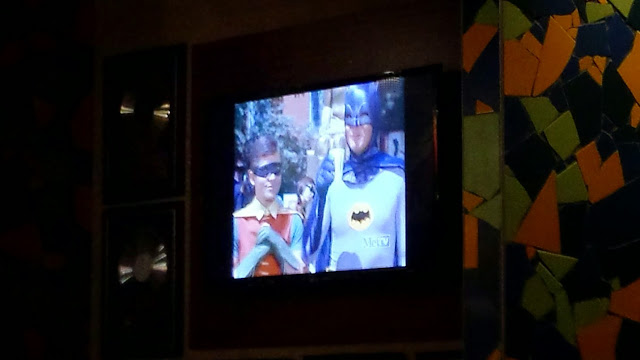 And then Wonder Woman came on afterwards, and all was right with the world. 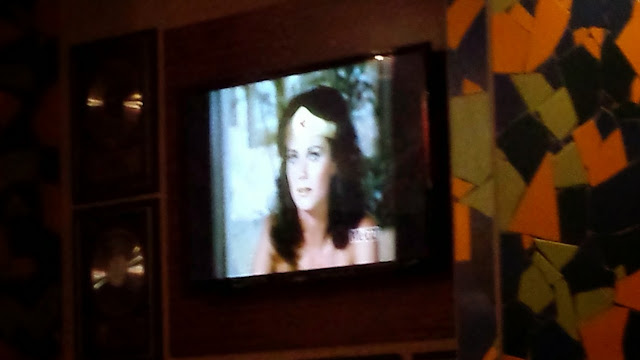 Still, I did not want to go.  Also, I felt sweaty and gross. 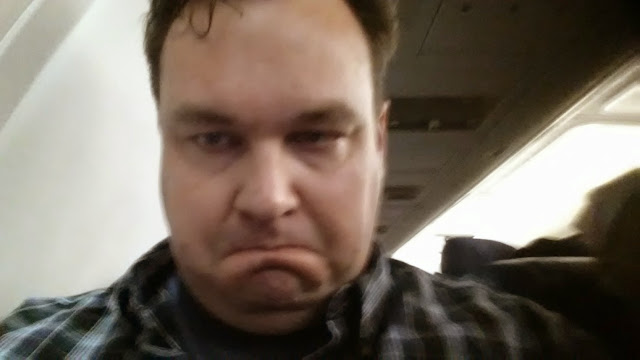 But you can't really afford to live in Hawaii on my salary, and, besides, I keep all my stuff in Texas, so off I went once again. 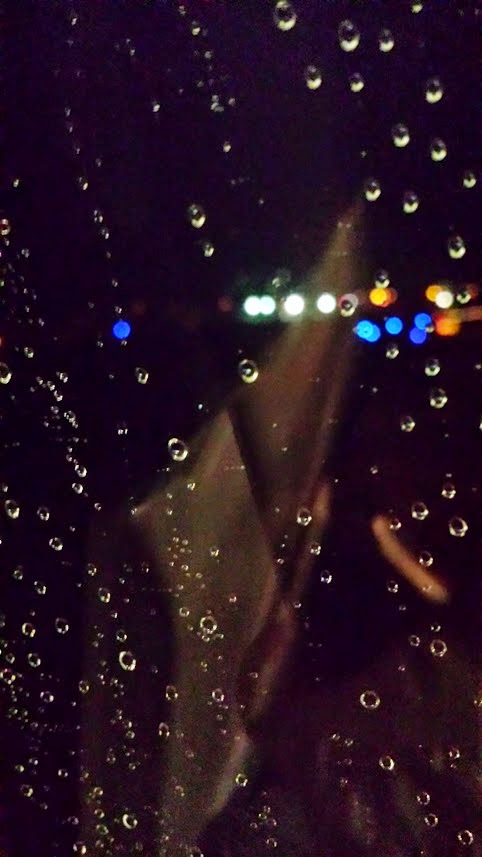 Back in Austin, I was treated to an excellent Mother's Day favor when The KareBear and Admiral came to pick us up at the airport and then we all had lunch at Kerbey Lane.  But, yeah, it's weird when your days sort of bleed together via travel.  I don't know how people who do this for a living do it.

I'm tired, but I think I'll be back on schedule sooner than I'd figured.  Taking Monday off to get myself sorted.

So, that's it.  Probably one more post on the trip as I think of things to say, but it was a good one.

The Library at The University of Texas at Hawai'i!