Muhammad Ali Merges With The Infinite 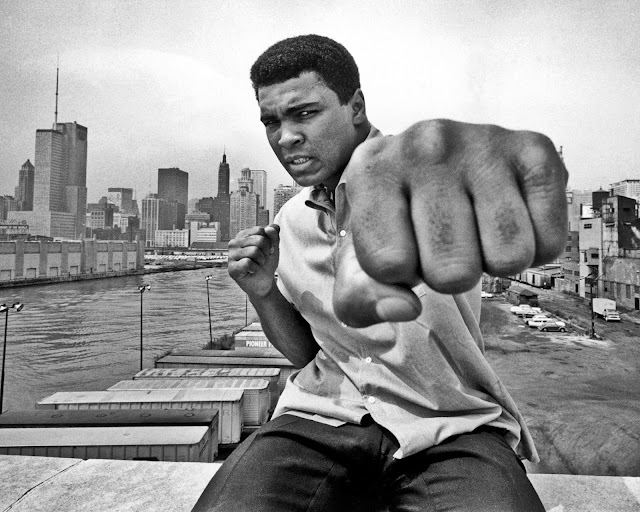 Word has broken that heavy weight champion, social activist and all around personality Muhammad Ali has passed.

Like so many people who leave their mark, Ali was a deeply complicated individual, defiant in a time where he had an opportunity to speak his truth to power in ways that still bristle the sensibilities of the establishment.

Few athletes have come anywhere close to Ali's out-sized persona and had the skill to back it up.

His once unstoppable voice has been silenced for years by disease, but he managed to carry on in public, including lighting the torch at the 96' Olympics.

He'll be missed, but he'll be remembered, now merged with The Infinite at age 74.