Stan Lee Merges with The Infinite 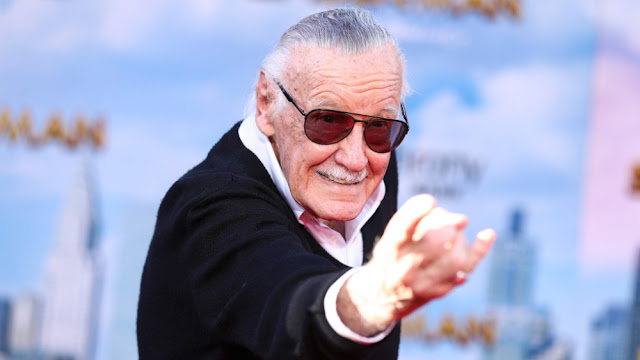 I am, like everyone, mourning the loss of Stan Lee who passed at age 95.

But.  What a world we live in where everyone is mourning a comic book writer/ editor/ huckster!  What an amazing guy we had with us for almost a full century!


My earliest memory of Stan (and we all get to call him Stan, because Stan was our friend) was from about 1982 and it comes in two parts.  First - Stan would do a VO intro to the 1982 Hulk cartoon, which I loved as much or more than the show with Bill Bixby and Lou Ferrigno.  After all, Ferrigno didn't fight Leader or space invaders or jump a quarter mile with Betty in his arms.  Stan would, in classic Stan fashion, welcome us TRUE BELIEVERS to every episode.

I didn't know what a "true believer" was, but I knew Stan included me in that camp, and that was okay by me.  We knew these were cartoons and bizarre ones at that, but we could believe!

The second part was that Jason received a copy of How to Draw Comics the Marvel Way by Lee and Buscema about this time.  Not only was Stan's personality on full display in the copy of the book, but he's incredibly gracious and impressed with his own team.  From those pages, well before I was reading comics myself, I saw how drawing comics mixed skilled technique with natural style and talent, and how you told a story with those techniques - and that Stan himself demanded ACTION!, and lots of it.

After that, I did start reading comics, and I loved seeing the little "Stan Lee Presents" box in each issue of a Marvel comic.  Via a 60 Minutes profile and because I'd picked up a Spider-Man newspaper strips collection where Stan talked about his career in the forward, I knew Stan lived in LA and was working on TV more than comics in those days.  But, still.  I knew he was the godfather of Marvel, and via his occasional Stan's Soapbox, which was still appearing in Marvel titles during the mid-80's, I was aware of how corny he could be (and I love corniness, ask Jamie), but also how sincere he was in reaching out to his fans in an era before the internet.

Over the years I was shocked to find out how *much* Stan had contributed to Marvel - editing, writing, keeping Marvel going during lean or scary years.  That all those years at the beginning, Stan was putting dialog into stories and helping co-create and write a whole universe as that original squad of Marvel creatives pulled a company on the brink of disaster back from the edge and, instead, created a cultural phenomenon that even now continues to expand like the big bang.

As I became an adult comic fan, I was aware of Stan's oddball position with Marvel as a sort of emeritus glad-hander and face of the company (something DC has always needed and sorta had in Jenette Kahn, and could sorely use again, because the current guys...  well.).  But the stories about how Stan had ripped off Kirby and Ditko and was secretly a horrible guy...  Sure, for a while, I fell in line and dismissed Stan's contributions and cursed him for his injustices.

We're not going to relitigate Stan's life here - and - comic fans - none of us were there.  But here's what I believe:

Stan Lee never owned Marvel.  He was upper middle management in his Uncle's shoddy company.  There were not the established rules in the comics industry as we know them today, and that left room for misunderstanding.  A mixture of (a) lazy journalism giving Stan all the credit for Marvel by refusing to understand how children's comics were made in the crucial post Wertham "comics are laughable garbage" era, (b) Stan's outsized personality plus the role as public persona plus his ability to not come off badly to the public (c) corporate machinery that makes a lot more sense once you actually work in management, my young pals, all led to how some want to think of Stan's rep.  It doesn't mean people weren't hurt or things couldn't have been better.  It also was the point from which we can all learn, and hope Disney and WB do not repeat the mistakes that occurred at Marvel and National/DC.

But... Stan also more or less saved comics just by virtue of his management of Marvel.  And, if not for that...?  I don't know.  I don't know if we'd know who Kirby and Ditko or Buscema or any of them ever were.  Any more than I can name more than two or three commercial artists of the 20th century.  But even that I learned about in a roundabout way via comics.  It's not just that Marvel would have folded, it's possible (even likely) that DC and other companies would have folded as well without both the competition and side-bi-side marketing of comics and their characters.

It's been forgotten, but Stan led the march into college campuses when he got letters from older readers, he held panel discussions at universities, built the notion of a Merry Marvel Marching Society and did the legwork and put himself out there in an era when most people who worked on comics wouldn't even tell their neighbors what they did for a living.  Stan's carnival barker personality drew in the media and he took Marvel to LA where he worked like a dog for decades to get things in place, through trial and error, so that Marvel finally could make it to the silver screen in the way they did.

It's been amazing to get to watch Stan enjoy superheroes breaking out of their niche and become our common language these past two decades.  Growing up, people knew about Spider-Man and The Hulk, but even Captain America was often a bridge too far.  But now - whatever you may have thought about it - there was a highly successful Doctor Strange movie.  Kids dress up as Black Panther (yeah, also Stan and Jack) for Halloween.  I can say "Scarlet Witch" and people know what I'm talking about.  People want to BE Iron Man (even I own an Iron Man helmet).  There have been two successful multi-million dollar Ant-Man and the Wasp movies!  With Michael Douglas and Michelle Pfeiffer!  What the hell?  We live in an amazing era.

I've not even gotten into how Stan's infouence changed storytelling for young audiences or how so many us came to see fighting the good fight.

And, the interviews, the cameos in all the Marvel films (my favorite is in Guardians 2, for the record), the constant, raucous appearances at comic conventions until the last couple of years, and the fact that Stan, at the age of retirement, was kinda suddenly and irrevocably a household name?  Man.  That isn't nothing. 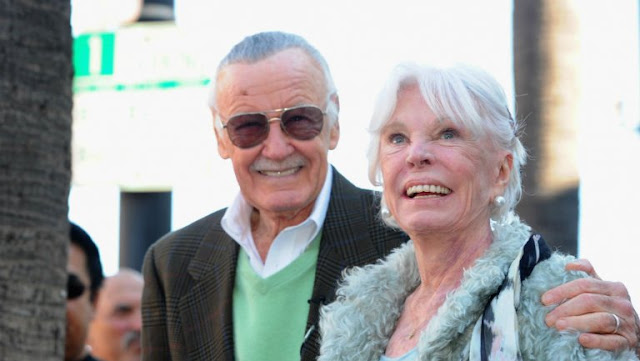 In 2017, Stan lost his beloved wife of seven decades, Joan Lee.  He was not, as many noted, ever really the same again, and who could blame him?  I feel it is right to take comfort in knowing that the Lees are rejoined in The Infinite.

I don't know how to thank Stan enough, nor do most of you, I think.  He was always simply here, a sort of north star for comics fandom, and the one who brought us the characters and stories we loved, whether it was in comics or television, books, movies or video games.  Or even a face on a mug or a figure on a t-shirt.

But, if anyone deserves a roaring EXCELSIOR!, it's Stan "The Man".  I'll miss seeing him in movies, miss knowing he's simply out there, but know he can rest easy as his legacy will outlive us all.