So.  2021.  It's been, once again, a hell of a year.
I just saw word that Betty White had passed, and we're all, rightfully, a bit put out.  As I said elsewhere, don't be sad Betty White is over, be happy that she happened at all.
Still, it's... a bit on the nose, 2021, to take Betty White from us just a few days shy of what would have been her 100th Birthday.  She was owed that cake and party.  We all needed her to have that cake and party.
I've personally had worse years in many ways, but 2021 was not a banner year.  Some of you know that I was layed-off in the summer and took a bit before I got back to work.  But when I do my annual "let's do the movies by the numbers" and you're like "holy god, that's a lot of movies" - friends, I had a lot of time on my hands that I did not want.
Whenever I'm sad in this post, I'll post Hannah Waddingham to cheer me up. 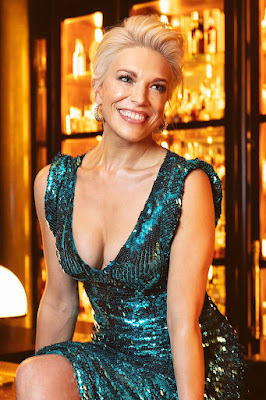 See, feeling cheerier already.
In a year where I kept being told how many jobs were out there, I really came to realize there are a lot of jobs for people 15 years younger than me or who want to work for Jeff Bezos or Elon Musk.  And the field out there is very strange and expects you to speak in certain ways that are ever-changing and seemingly unmoored from reality. 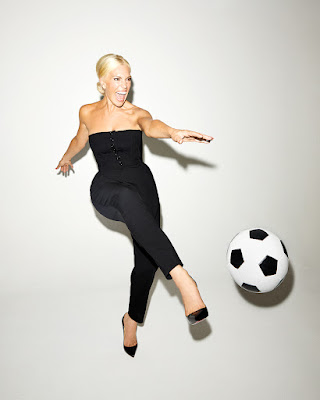 But I am working.  It's a contract and I like the people and what I'm doing so that's not bad!
I think the next several months will be interesting and rewarding doing the work, and, to me, that matters a *lot*.  It's what's kept me satisfied in public work most of my career.
That said, the state of the world in 2021 was not exactly keeping me thrilled with humanity.
I did not want to find myself giving little rallying speeches to co-workers on the afternoon of January 6th that the government was not a building, and that our officials could carry on even if the building itself burned, even as I was painfully aware of how insane a number of our fellow countrymen had become. 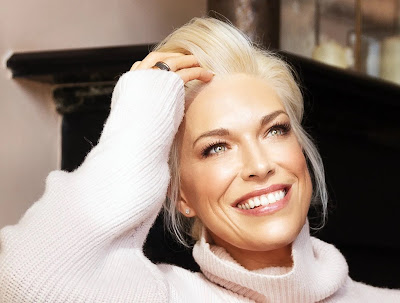 And crazy we went in 2021.
We continued on hiding out from the SARS COVID as wave after wave swept through the planet, the US and then our city.  Centuries old science of vaccines and inoculation were decided to be SkyNet/ giving you magnetic super powers/ rushed into production/  voodoo or whatever someone online decided it was to keep people being FREE.  It was, of course, utter nonsense.  Across the planet untold 100's of millions have been given "the jab" and no more than the usual percentages of people who have an adverse reaction have shown up in the stats (no, those stats that show we're all magnetic now aren't real). 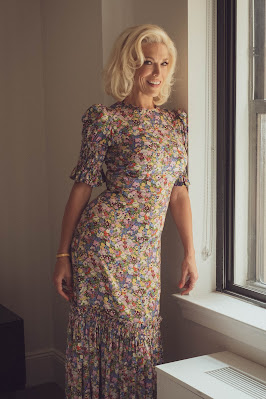 For us, personally, we kept more or less to the lifestyle we'd pioneered in 2020 with occasional bursts of enjoying a lull in the pandemic.  Since March of 2020, I've been in  (masked) Walgreens, two hardware stores, the barber, my local comic shop, a Cuban restaurant, a Mediterranean restaurant, and maybe two or three other places, like my doctor's office.  I've been in my parent's, brother's and a one friend's house minus a mask.  At Thanksgiving and Christmas, we all tested twice before seeing each other.
But we DID get to spend Christmas together.  That's not nothing.
Of course we lost our beloved dog, Scout, at the end of March.  It was sudden and heartbreaking and I still miss her every day.  She was as sweet a soul as you could hope for, and I took a while to quit looking for her every time I came down the stairs. 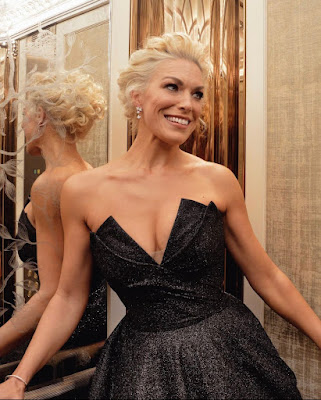 I'll write more about the topic soon, but we did decide to adopt another dog this fall, which culminated in the post-Christmas arrival of Andre (you may call him Dr. Dre, Andre 3000, or whatever best suits you).  Andre is basically an untrained animal getting by on charm and mass.  We are already smitten. 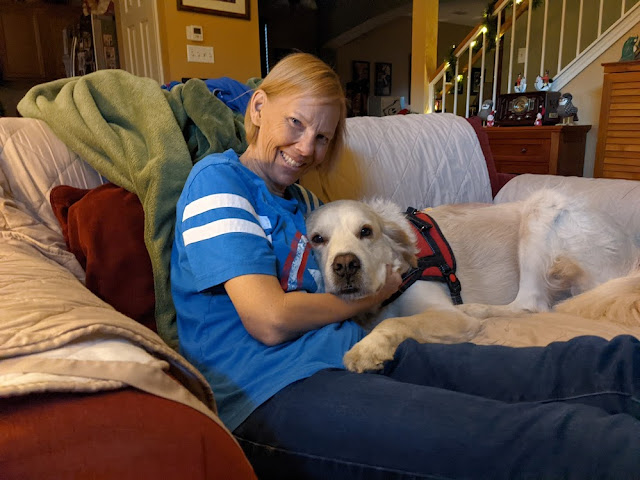 Despite COVID, the humans have all remained healthy this year.  I even finally figured out the reason I was sick all the time in 2020 was that I had developed a late-in-life allergy to apples.
People, I ate an apple every day at lunch, and usually one in the evening.  I was basically killing myself with apples.
Well, one week we forgot to order apples in our curbside order, and I was like "whatever, I'll eat bananas" or something, and lo and behold, the respiratory issues I'd experienced for years suddenly stopped.  I've been fine since.  I miss apples.  I do not miss wondering if I was going to die every week.  Bananas, pears and berries have been a just fine substitute.
We have been able to see some friends locally from time to time, between COVID waves.  While the Zoom parties ended necessarily, we have done backyard meet-ups and the occasional in-house meet-up.  I've been able to stay in touch via podcast and twitter and whatnot.
Honestly, the podcast has been nice to make sure I talk to people other than myself or don't just annoy Jamie all day long.  I get to annoy a whole bunch of people.  So, thanks, pals!
But, yeah, what with the pandemic, it's been a bummer to spend a whole calendar year away from the cinema.  I've missed a whole bunch of movies I wanted to see in the theater, and am just waiting to watch them at home, I guess. 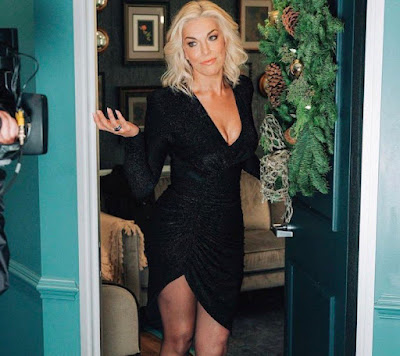 But the world goes on.  And movies are, despite how I spend my days, mostly just entertainment.  A slight delay in watching them and in less-than-ideal conditions is fine.  But I am looking forward to eventually getting back to theaters.
In the meantime, we've done our fair share of interactive watch parties, and that continues to be a kick.  We've mixed it up between some watchable films and some... well, we watched Bailey: Christmas Hero, but everyone is still talking to me.
I dunno.  For all the bad stuff, I've had an okay year.  Not great, but it could have been way worse.  And what made it good was my good fortune to have a terrific family, good pals and a wife who tolerates shit like me posting a dozen pictures of Hannah Waddingham in my End of the Year wrap-up.  Jamie is the bee's knees.  But y'all know that.
Here's to you, pals.  May 2022 be the year we all do better and maybe our best.
Gee, that makes me feel kinda misty.  Reason enough for one more... 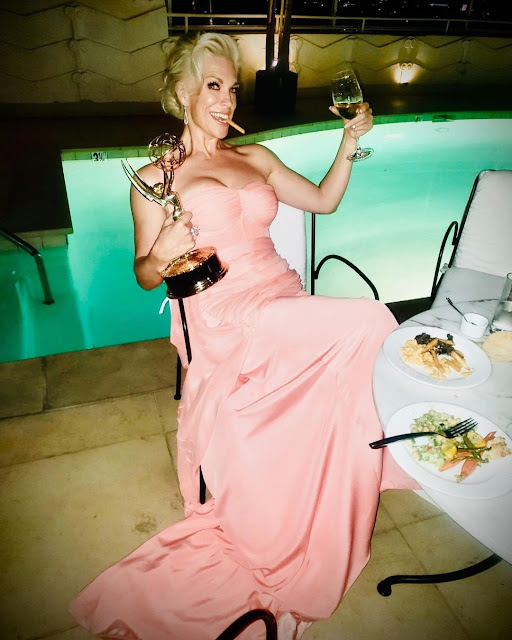 Here's a special thank you to Hannah Waddingham, whose impressive foxiness was an inspiration in a very dumb year
Posted by The League at 1/01/2022 12:15:00 AM