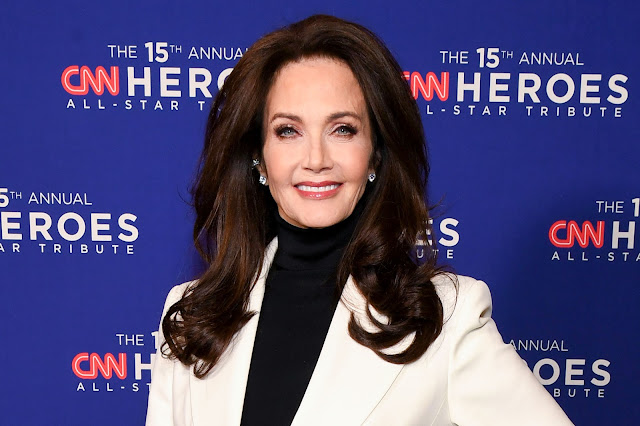 Happy Birthday to patron saint of The Signal Watch, Ms. Lynda Carter!
Just yesterday, I moved some stuff around and began putting all my Lynda Carter Wonder Woman stuff in one place.  I'm not done yet, so no pics.  But, as always, Ms. Carter was on my mind.  Just more so than usual.
Ms. Carter has had an extraordinarily tough year, losing both her husband and father. That's incredibly hard, and we wish her well.
But in recent months she's been active on social media and she's also released a new song, dedicated to her husband, Robert Altman.  It's a romance from Wonder Woman's POV - in both original flavor and dance remix.  And, she's set to participate in the next Wonder Woman film, which this blog endorses 1000%.
Here's to Lynda Carter, and may she have spent the day with her family and friends.
Posted by The League at 7/24/2022 08:40:00 PM