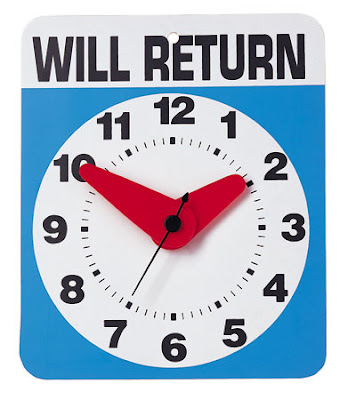 So, I have one of those jobs where when people ask what I do, the answer doesn't always make sense.  Some days I'm standing up training folks how to use software, some days I'm presenting in front of a room full of library directors, some days I am learning how to make a button (like the kind you wear pinned to your shirt), some days I wander around looking for ink cartridges because nobody on 3rd ordered them when we asked a month ago, some days I am writing plans for domination of digital libraries, and some days I organize and run conferences at which I am a presenter.


Mostly I've shared the work this year with both my sidekick, WorkerKristi, and a committee of people who were mostly pretty useful.  Shockingly so, given my experience with committees.  I like parts of running a conference, but having to pick out which dissatisfying morsels to serve at the reception?  Not my thing.  You outsource those decisions to someone who doesn't want to just dump a case of Vienna Sausages onto paper plates and leave half a warm bottle of Pepsi out with a stack of Solo Cups.

But from Tuesday night until when I return from work on Friday...  I'm conferencing.

If you're in Austin, I think I'm presenting at 2:30 on Thursday at the AT&T Center.  We're not checking badges at the door, so come on by and see me do a presentation.  I will be awesome.

At this conference, I am also handing out buttons that state that the wearer spoke to me.  They're bright pink.  Those with no imagination think I'm crazy for doing this, but to them I say "watch me burn".  I'd give away ball caps, but its not in the budget, and nobody trusts me with a t-shirt gun.  You want people to talk to you so you don't have to hunt them down?  Give them a reason to come to you.

The hotel also has a bar, so part of conferencing is that I also end each night grabbing a soda or quick drink with my fellow conference managers and we just stare at each other and figure out what went wrong today, and what could potentially go wrong tomorrow.  Then you slink off back to your room, call the wife, tell her how it really went, then lay awake, knowing 6:00 AM is coming, and at 7:30 you have to be at breakfast with your gameface on and ready to do another 16 hour day.

But this year: buttons.