Hot on the heels of the success of Dracula (1931) and Frankenstein (1931), Universal wanted to catch lightning in a bottle for third time, so they threw in the Egyptology craze that was still echoing a bit after the King Tut discoveries of 1923.*

The Mummy (1932) isn't my favorite Universal horror film, but every time I watch it, I like it a bit more.  It's part Dracula, part Jack Pierce make-up genius, has loads of Karloff, a mythology that's been ripped off so many times it feels almost bland in 2015, and Zita Johann, who is busily trying to compete with Bette Davis and Joan Crawford for most memorable eyes in a Hollywood film, 1932.

Weirdly, it's only really book-ended by thrills at the beginning and end of the film, and the rest of the movie is sort of a slow, mystical boil.  For my dollar, one of the creepiest things in a Universal Horror film is the opening of The Mummy's eyes in the first few minutes of the movie.  It's everything you absolutely do not want to see happen around a guy who has been dead for 3 millennia.  And all of that works thanks to the astounding conception of the scene in lighting, make-up, direction and Karloff.

Basically, our story is that a mummy has been dug up, but shows no signs of having had gone through the usual ritual preservation of organs via post-mortem removal of organs, etc...  Deduction leads us to believe he was buried alive.  But WHY?  An incantation is read off a conveniently placed scroll, and the mummy comes to life!

Shortly thereafter, a mysterious Egyptian with a poor complexion shows up at the site of the dig and offers to help them find a grander tomb of a lost princess.  Enter Zita Johann as the daughter of an English governor of Sudan (and his Egyptian wife).  She begins falling for the hunky "Frank", but as our mummy, Imhotep, goes about trying to restore his princess, Johann is drawn into his machinations as the reincarnation of his former love, the princess. 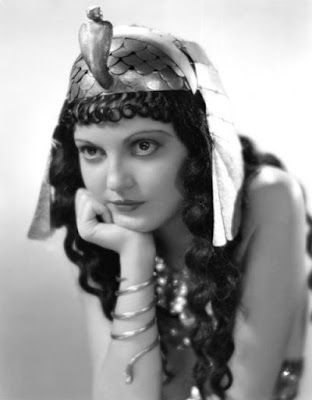 It's a bit of a convoluted story for the movie's short run time, and it's kind of fascinating that Francis Ford Coppola's Dracula decided to lift this romantic storyline, especially as there are many parallels between the Mina/ Dracula relationship and Johann/ Mummy.  (and, we'd be remiss if we didn't point out that Edward Van Sloan basically reprises his Van Helsing role in The Mummy, under a different character name).

The design of the film doesn't necessarily compare with the staggering sets of Phantom, Dracula or Frankenstein, which preceded The Mummy, which I find a bit odd.  This one never quite reaches the same scale as those pictures and only really utilizes shadow and lighting for mood in select shots and usually in close-ups.   I don't know if the direction was simply that different, if the budget for an original story wasn't there as they took fewer risks, but it lacks a bit of scale that those other movies have in spades.

Fortunately, the talent in this movie is all pretty spot on.  Karloff is phenomenal, Van Sloan is as Van Sloan as ever, and, man, I just like everything about Zita Johann.  You can almost feel the post-flapper, tough girl radiating off her, and she's really pretty good, especially in the back half of the film.

Karloff, given more to do than simply growl, puts his talents to work, and has down both the sly, cool villain of Imhotep in dialog, but also the deadly undead stare.  And it doesn't hurt that Jack Pierce was busily revolutionizing make-up for the role. 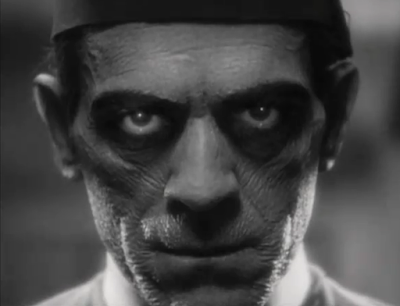 This is a fun one, has a short run-time as all the Universal Horror pictures tend to, and is worth a whirl if you can get your hands on it.