I don't talk about the character as much as Superman or Wonder Woman, but I think it's been pretty clear to longtime readers that I'm a fan of DC's speedster dynasty and the whole Flash concept.  From when Carmine Infantino drew his first strobe-image of Barry Allen in motion, this was a book that looked pretty straightforward, but which got really weird, really fast way back in the Silver Age, and it never turned back.*

And, lest we forget, the whole concept of a multi-verse in comics was spawned in the classic "Flash of Two Worlds" story in The Flash #123, back in 1961.

Speaking of, Tuesday sees the season premier of The Flash as it enters its sophomore year.  And, look who shows up:

Jay Garrick has been vital to the Barry Allen Flash comics since that 1961 issue, and it's awesome to see he'll get screentime and, I hope, a recurring role.

Last season was the most fun I had watching any one TV show.  Maybe it's not as intricate and adult as Mad Men or The Americans, but it does exactly what I want a Flash TV show to do - be super weird, have lots of fun twists and turns, use super speed in new ways all the time, and make Barry Allen an all right kind of guy.

They threw everything at the wall last season, and it mostly worked.  Now we see what happens when they don't just worry about time-travel, they worry about the multiverse.  Let's hope this isn't the season where they drop the ball. 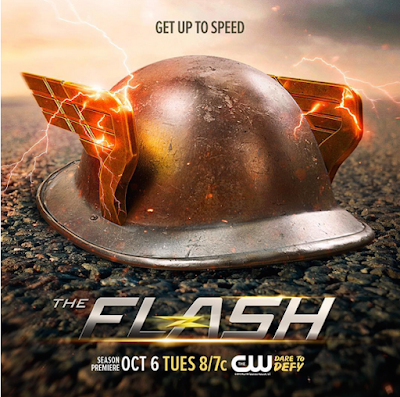 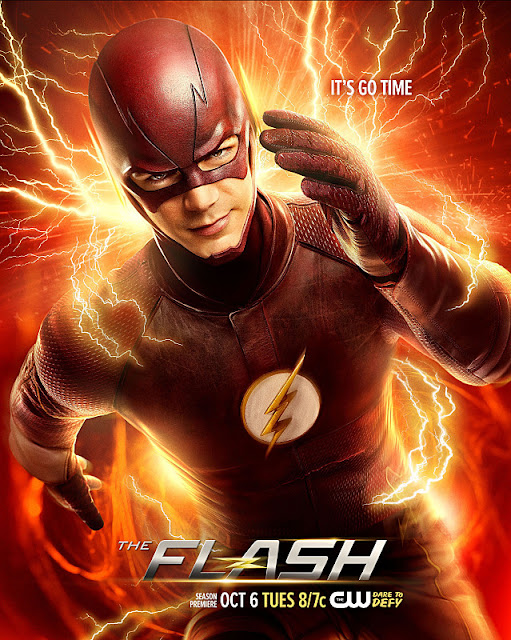 I am so pumped. And those posters are amazing!

I'm not ashamed to say I broke into spontaneous tears at last season's ending. I kind of thought it might end up that way, but I was still overwhelmed.

Can't wait to see what this season brings.

Opening the door to Earth 2 is pretty bold stuff, but I think the show can handle it. And I look forward to seeing how Cisco and Caitlin develop this season. Should be fun!