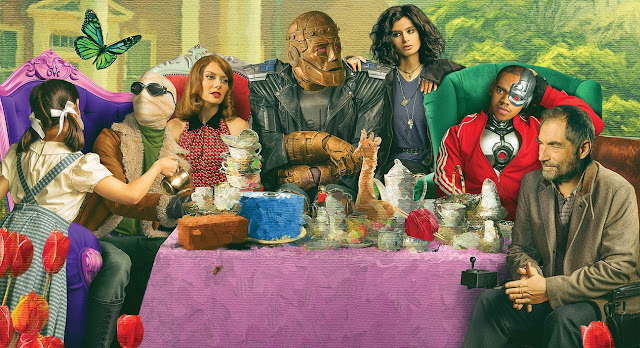 I'm just listing things here that I watched enough of to say I enjoyed it by finishing the series or season.  Unlike, apparently, a lot of you, I don't generally watch shows for a few seasons to see if they get good.
So, yeah, I also tried a lot of shows, watched a few episodes and stopped.  For whatever reason, they just didn't settle with me.  Of the best items - probably Fargo Season 4, which was goddamn art, people.  So, there you go.
I want to go back and try a few shows now that I'm numb to COVID times.  It was not the best time to be watching Tales from the Loop, for example.  I avoided catching up with Chernobyl altogether.  I couldn't even muster the willpower for Lovecraft Country, which I may pick up soon.
Posted by The League at 2/01/2021 05:45:00 PM