Watch Party Watch: They Came From Beyond Space (1967) 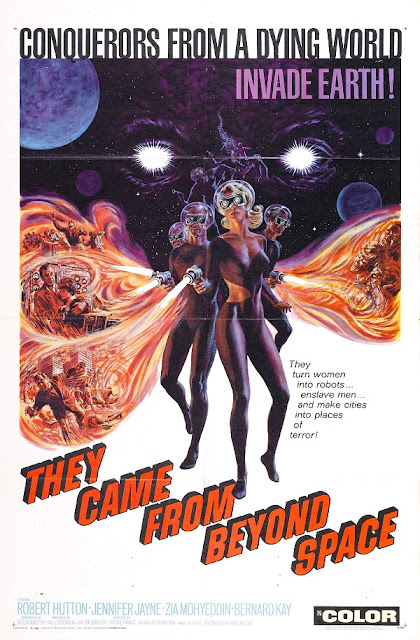 Watched:  03/30/2021
Format:  Amazon Watch Party
Viewing:  First
Decade:  1960's
Director:  Freddie Francis
Meteors fall to Earth, specifically Britain.  Scientists are dispatched to check them out - minus an American who just happens to mention having a silver plate in his skull.  I *think* the story is that alien brain waves were living inside the rocks?  Anyway, the alien psychic waves transfer over to the brains of the science team and build a little fort from which they begin shuttling people to the moon to make more brain transfers with more aliens.  And there's a plague?
I fell asleep for part of this movie, but not much, and it's been a week, but I can't really piece it all back together.  I do know the heroes wind up wearing goofy helmets and going to the moon where a badly made-up Michael Gough awaits them (wearing a robe, because: alien).
I can't recommend the movie as "good", I can recommend it as "this is whackadoodle".   It's Jenifer's selection from last week, so here's her words on the topic.
I will say - the poster promises something the movie absolutely refuses to deliver upon, but I have heard Amicus and Hammer both made the posters first to get financing, and then made the movies.  And, somewhere along the way, whatever they had in their heads about folks with sleek helmets, catsuits and space ray flamethrowers got turned into this. 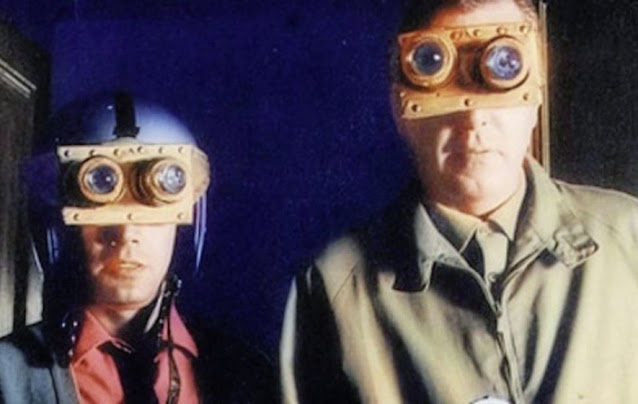