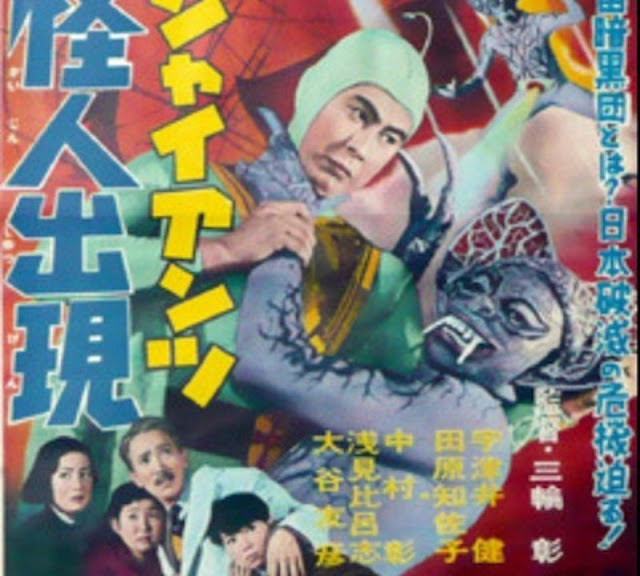 Watched:  01/11/2021
Format:  Amazon Watch Party
Viewing:  First
Decade:  1960's
Director:  Koreyoshi Akasaka, Akira Mitsuwa, Teruo Ishii
So...  this movie starts off weird as hell, which I salute, then goes to goofy fun and TONS of action.  All of which I salute.
Apparently this is the third in a series of Japanese kids movies about a fellow name of "Starman" who hails from "The Emerald Planet" and is here to save humanity from interplanetary threats via kicking ass and taking names.  He doesn't have a secret identity, even though he changes from his work-a-day coat and tie into a pretty terrific super ensemble that has a kicky antenna and "not a cape" attached to his arms for added flair.
The effects are better than you figure, the stunts out of this world, and while the movie makes little sense, at least it moves fast and is cool as hell.
Count me as a convert to this whole Starman scene.
Oh, and, yes, there's an evil brain.  from outer space.
Posted by The League at 1/12/2021 11:51:00 PM