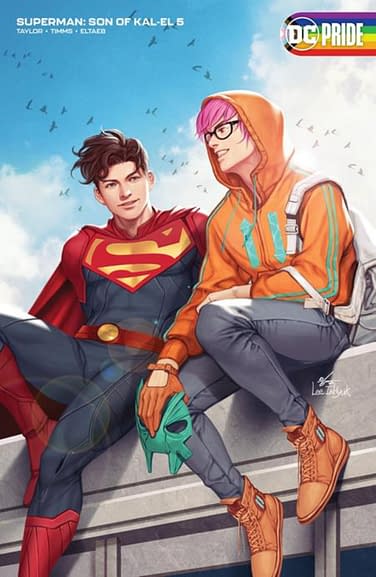 I think it's a big deal and also kind of business as usual, because you can see how they engineered the headline "SUPERMAN COMES OUT" for maximum attention while at same time being able to hedge and say, "but not really." Kind of what I expect from DC.

It's possible a lot of people will be moved to see a Superman who is more like them. It's a small thing, but if it makes some people feel a little less like outcasts, then that's a net good. It hurts no one and potentially helps many.

A complication for me is, I don't really care for the present creative direction behind this series, and had already decided to stop reading. But I mean, this is a direction and a character that is clearly not meant for me, and that's fine.

I have my Superman stories, they're not going anywhere. I'm totally fine with a new generation getting theirs.

I do wonder about the long term of this simply considering - I'm not sure how excited anyone is, by this time next year, a Superman comic that isn't Clark Kent. And I've felt DC was planning a reboot for years. I don't love all of the changes in Superman comics such as him dropping a secret identity (something that's been weirdly moot since it happened), so I'm curious what happens with this character once that reboot happens, if it happens.

I don't mind them trying new things. But the further we get from Clark Kent and Lois Lane in Metropolis, the more it feels like a reboot is inevitable.

Couldn't agree more. I assume that the new leadership is still working through lessons learned from Didio's tenure and the fallout from COIE and in a holding pattern til they get a real plan together. Or... not.