This Friday 08/15 - Hallow-Scream Watch Party: "The Bride of Frankenstein" 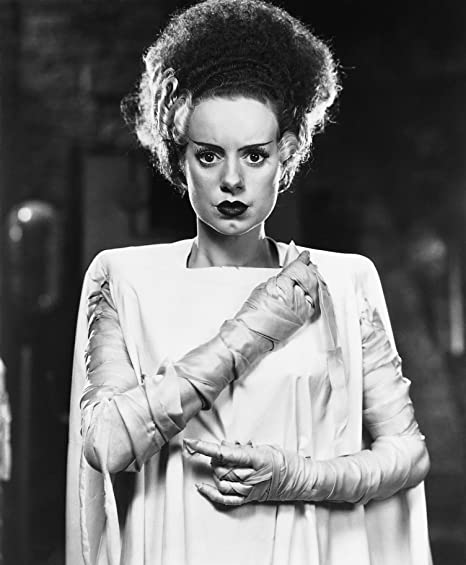 If you've never seen Bride of Frankenstein, it's not really what you think it is.  It's way, way weirder than whatever you had in mind.
But mostly - It's shockingly modern in its attitudes, mix of humor and horror and pathos.  It ALSO has some #MeToo-level messaging that is so utterly core to the film, that after seeing it, you will be able to spot with absolute certainty someone who co-opted the film's iconography without ever seeing the film itself.
Come for amazing sets, stunning costumes, high camp, sad monsters and a movie that does it all in about 85 minutes.  Plus, you know, see The Monster drinking booze and smoking a cigar.
also - announcing SIGNAL WATCH NOIRVEMBER
SCHEDULE
Day:  October 15 - Friday
Time:   8:30 PM Central/ 6:30 Pacific
LINK HERE for AMAZON WATCH PARTY
Cost:  $4
Unrelated:  Horror podcast episodes!
The Universal Monsters Hallow-Scream Watch Party series is meant to be a casual good-time as we check out the run of horror movies that started with Dracula and have become staples of culture the world over!  Everyone knows what these monsters look and act like, but it's probable most people haven't ever actually seen the movies they're in!  So, come watch!
Starting just two years after the silent era, these movies quickly became the blockbusters of their day, bringing strange ideas most people hadn't considered, wild visuals, and complicated creatures to the screen.  And, ever since, studios have been looking to recapture this particular lightning in a bottle.
We think you'll enjoy watching along and checking out the creepfest that is Universal Horror!
Posted by The League at 10/15/2021 04:17:00 PM